A bacterial disease that can spread to humans is reportedly sickening dogs in Colorado, a veterinarian in the state recently said.

Dr. Laura Russell, a chief emergency doctor at Colorado Veterinary Specialist & Animal ER in Littleton, told KMGH-TV that the clinic has treated six dogs for leptospirosis so far this year. On average, the facility sees one or two cases, she said.

It’s not clear what’s behind the reported increase.

BEWARE THE TOXIC ALGAE THAT CAN KILL YOUR DOG

Leptospirosis, according to PetMD, is an infection of bacterial spirochetes, “which dogs acquire when subspecies of the Leptospira interrogans penetrate the skin and spread through the body by way of the bloodstream.”

“Two of the most commonly seen members of this subspecies are the L. grippotyphosa and L. Pomona bacteria. Spirochetes are spiral, or corkscrew-shaped bacteria that infiltrate the system by burrowing into the skin,” it adds.

After a dog is infected, the bacteria spread through the animal’s body, multiplying in the liver, kidneys, eyes and other areas of the body. 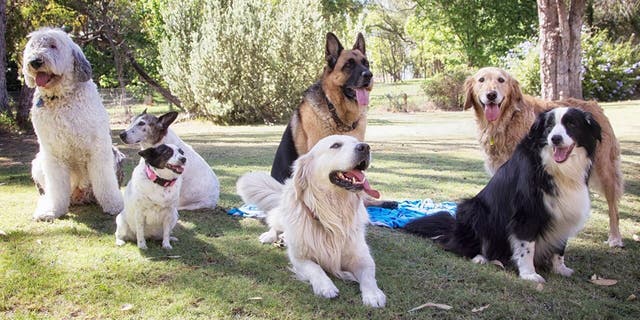 It’s not clear what’s behind the alleged increase in cases in one Colorado city.
(iStock)

Russell said one of the first signs of leptospirosis in dogs is increased thirst.

“One of the first symptoms of leptospirosis is that they’re drinking a ton of water, and then they go out and urinate, and sometimes they have urinary accidents because they’re drinking so much water,” she said, adding the whites of a dog’s eyes will turn a yellow color when the infection has progressed.

Other symptoms can include fever, sore muscles, shivering, weakness, lack of appetite, vomiting, and runny nose, among various other signs. Sometimes, however, the infected animal does not show any symptoms.

“I’ve seen some pretty terrifying leptospirosis cases this year. I’m vaccinating my dogs this year for it.”

Leptospirosis is zoonotic, meaning it can spread to humans. Humans can contract the disease through contact with the urine or body fluids — excluding saliva — from infected animals, or contact with contaminated water, soil or food.

“The bacteria can enter the body through skin or mucous membranes (eyes, nose, or mouth), especially if the skin is broken from a cut or scratch. Drinking contaminated water can also cause infection,” says the Centers for Disease Control and Prevention (CDC).

In humans, signs include high fever, headaches, muscle aches, abdominal pain, jaundice, and vomiting, among other symptoms in the first phase of infection. In the second, (if a second phase occurs), symptoms are much more severe and can lead to kidney failure, liver failure or meningitis, according to the CDC.

The infection is treated with antibiotics in both humans and animals. A leptospirosis vaccine is also available for dogs.

“I’ve seen some pretty terrifying leptospirosis cases this year. I’m vaccinating my dogs this year for it,” said Russell.

The news comes after more than a dozen dogs in one Utah city were infected with the disease earlier this year.