Skip to content
Home > > Boy, 12, who has the Draculas disease is scared of sun exposure – Daily Mail

Boy, 12, who has the Draculas disease is scared of sun exposure – Daily Mail

The boy with the ‘Dracula’s disease’: 12-year-old ‘is scared of sun exposure and has blood coming out of his mouth, eyes and nose’ due to a rare condition that inspired vampire tales

By Tracy You and Stephen Matthews Health Editor For Mailonline

A Chinese boy has been found to have a rare blood condition billed as the ‘Dracula’s disease’ after spending all his life fearing sun exposure.

The 12-year-old, known by a pseudonym Xiao Luo, would experience acute pain, swelling and severe burns as soon as he goes under the sun, according to a report.

His condition worsened this year, and he started to have blood coming out of his mouth, eyes and nose, it is claimed.

The child’s mother has made a desperate plea for help after he became seriously ill. 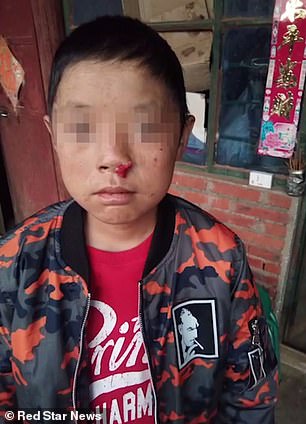 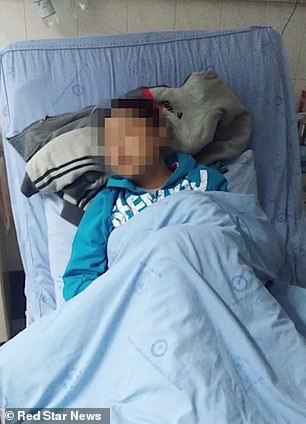 According to Xiao Luo’s family, the boy from the Chinese city of Panzhihua has feared sun exposure all his life, and this year he started to have blood coming from nose, eyes and mouth. He was diagnosed with Porphyrias, the disease many believe started the vampire legend 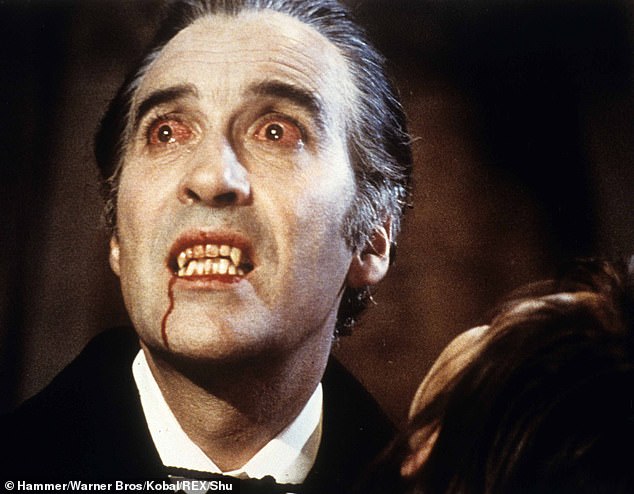 Scientists believe the medical condition could have inspired classic vampire tales, such as Dracula. In the picture above, Christopher Lee is seen in 1958 British horror film Dracula

Xiao Luo and his family live in the city of Panzhihua in south-western China’s Sichuan Province.

His mother, Tang Guiju, told local news outlet Red Star News that the boy started to show the symptoms at an early age, but doctors thought his condition was caused by skin diseases.

According to the report, Xiao Luo’s health deteriorated in June this year. The seventh-grade pupil started to sustain severe stomachache and constant nosebleeds. Blood would sometimes come out of his eyes and mouths too.

He had to quit school and be hospitalised. 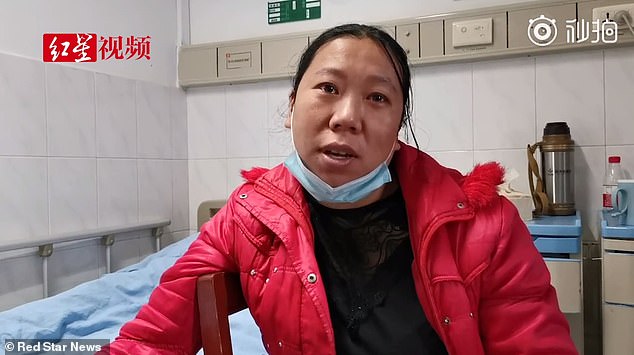 After a genetic test, the boy was diagnosed with Porphyrias, the disease many believe started the vampire legend.

The folklore of vampires has inspired horror stories for centuries. But the blood-sucking beings may not have been as otherworldly as we think.

For scientists believe an actual medical condition called porphyria could have inspired classic vampire tales, such as Dracula.

Heme is a component of the oxygen-transporting protein, hemoglobin. When heme binds with iron, it gives blood its hallmark red color.

The different genetic variations that affect heme production give rise to different clinical presentations of porphyria.

One genetic form – erythropoietic protoporphyria – affects oxygen in the blood and makes sufferers allergic to the sun.

It is unclear how common porphyria is but figures suggest that up to one in 50,000 people are struck down with the disorder.

Porphyrias, a group of eight known blood disorders, affects the body’s molecular machinery for making heme, which is a component of the oxygen-transporting protein, hemoglobin.

It is unclear how common porphyria is, but figures suggest that up to one in 50,000 people are struck down with the disorder.

Ms Tang told the reporter while crying: ‘[I] have seen vampires in films. When I heard the doctor told me [about my son’s condition], I could not accept it indeed. He does not suck blood.’

Xiao Luo’s condition is said to be serious. His liver has been damaged and he has a lung infection. The number of his platelets and white blood cells are ‘very low’ and his red blood cell level is also dropping.

The child has undergone several blood transfusions as treatment.

He told the reporter that he hoped to recover as soon as possible so he can return to school.

Ms Tang said her family was under great financial stress.

‘But I have never thought of giving up,’ she said.

Ms Tang is hoping that media coverage could lead to help from experts who can provide medical advice on her son’s condition.