A 37-year-old bride-to-be has put her wedding dreams on hold after she went in for a procedure to correct the narrowing of the veins in her legs only to wake up with both limbs amputated.

Tina McCue, who has diabetes, is in kidney failure and is dealing with vascular disease, said she first thought she was living through a bad dream. 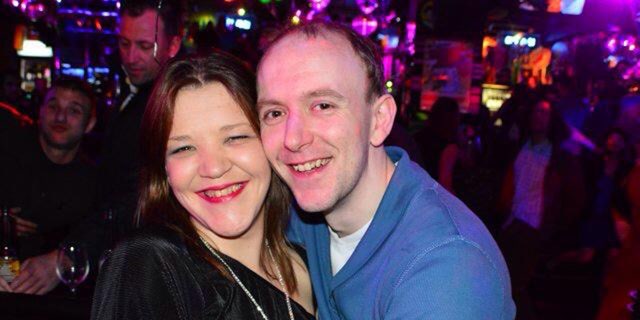 Tina McCue was diagnosed with type one diabetes when she was a child, and went in for a procedure to address the narrowing of the veins in her legs.
(Reach Syndication)

“At first I thought it was just a bad dream, that something had gone wrong and I was in a coma, but that I would wake up and still have my legs,” McCue, a mother of four, told The Sun. “That’s how I started thinking. Then reality kicked in.”

According to McCue, when her surgeons went to operate, they found serious infections, leaving them no choice but to amputate. Peripheral arterial disease (PAD) commonly occurs in patients with diabetes or those who have high cholesterol and heart disease, according to HealthLine.com.

About 1 in 3 people who have diabetes over the age of 50 go on to develop PAD, making them at high risk of heart attack and stroke. The condition causes plaque buildup on the blood vessel walls, restricting blood flow and oxygen to the legs and feet. 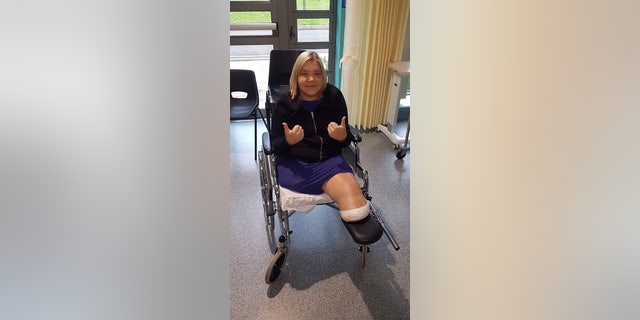 McCue has put her wedding on hold, and said she wants to walk down the aisle to Martyn when she recovers.
(Reach Syndication )

Symptoms include pain in the calves when walking or exercises, numbness or tingling in the lower legs or feet, and cuts or sores on the legs and feet that don’t heal in a timely manner. While medication and lifestyle changes can help manage PAD, severe cases may require surgery, according to HealthLine.com.

WOMAN DROPS 500 POUNDS AFTER LOSING TONGUE TO CANCER: ‘I’M ALIVE FOR THE VERY FIRST TIME IN MY LIFE’

She remains in the hospital and said she is trying to remain positive with the goal of heading home at the end of the month.

“I have a few bad days, but I don’t want to let anyone down,” she said, according to The Sun.

Relatives and friends have hosted fundraisers for McCue at local pubs near her Baddeley Green home and said her partner Martyn has been her rock, as well as her children.

“What I would like to do is walk down the aisle when me and Martyn get married,” she said, according to The Sun.