A young builder has been left with pinhole vision and memory loss after suffering a catastrophic stroke at the age of 26 despite being fit and healthy.

Father-to-be Matt Body, from New Zealand, said he ‘blacked out completely’ after he experienced constipation on the night of December 12.

The carpenter was rushed to hospital where doctors confirmed he’d suffered a major stroke on both sides of his brain – as scans found a hole in his heart.

In an emotional video posted on social media, Mr Body broke down in tears as he revealed how his life has turned upside down after he was diagnosed with the condition that’s common in people over the age of 65.

‘It was just another day for me and then my life done a 360 just like that. There’s that saying “it’ll never happen to me” when you hear about strokes and heart attacks… but it does, and it did happen to me,’ he said.

‘The stroke to both sides of my brain completely blinded me for nearly a week and has left me severely visually impaired.’ 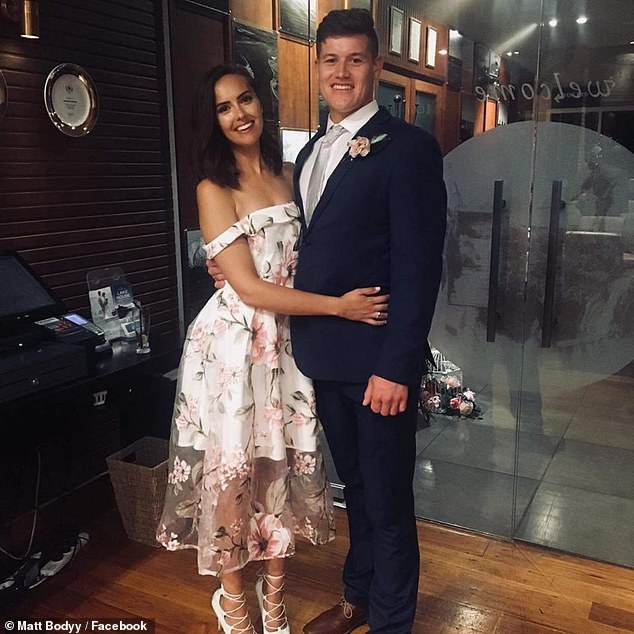 What are the tell-tale signs of stroke?

The FAST test is an easy way to recognise and remember the signs of stroke.

FACE: Check their face. Has their mouth drooped?

ARMS: Can they lift both arms?

SPEECH: Is their speech slurred? Do they understand you?

TIME: Time is critical. If you see any of these signs, call 000 straight away.

The young man said his vision is currently ‘black and white’.

‘The way I describe it is putting three black cloth shades over your vision and looking through a cup,’ he said.

‘I’ve got absolutely no peripheral vision, my centre vision is okay but it’s very very hard to see and do everything at the moment. My sunny day looks the same as a rainy day for me. It’s not very nice but I’m trying to stay positive.’

Mr Body – who suffered a severe back injury two years ago – said ‘things were starting to look up again’ after he returned to his construction job following a major spine surgery in September.

‘I was heading to the gym, was feeling good, bought my first protein shake in two years and things were really looking up being back at work… I was just doing what I could with my back,’ he said.

But after taking codeine to ease his back pain, Mr Body said he began experiencing the constipating effects of the medication just two weeks before Christmas.

‘I got home that night and went to the toilet and waited for it to come out, I got sick of waiting so I just pushed as hard as I could and then next minute, I blacked out completely, lost my vision 100 per cent,’ he said.

Mr Body said he began experiencing a throbbing pain in his head before calling out to his fiancée Charmaine Holmes for help.

‘It was the worst migraine you could ever imagine, that’s what the stroke felt like,’ he said. 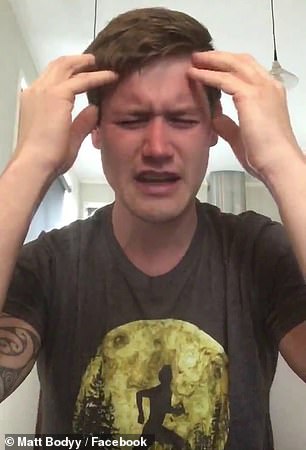 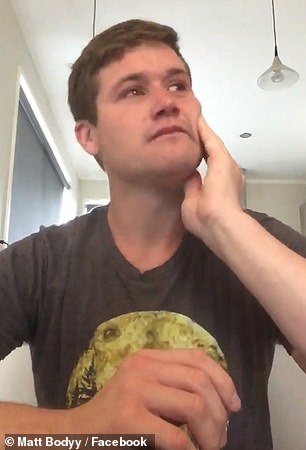 In an emotional video posted on social media, Mr Body broke down in tears as he revealed how his life has turned upside down after he was diagnosed with the condition that’s common in people over the age of 65 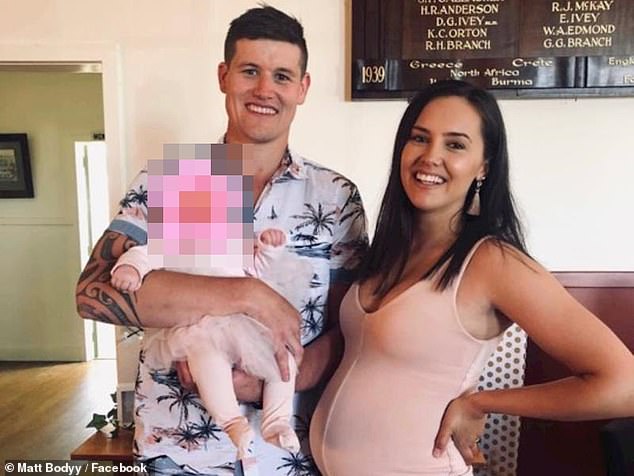 What is a stroke?

The symptoms of stroke usually come on suddenly. Symptoms that may also occur in stroke are:

Stroke is the third most common cause of death in Australia and a leading cause of disability. About 55,000 Australians have strokes annually, 73 per cent of these being first-ever strokes.

Tests later showed that a blood clot had passed through one side of his heart into the other before travelling up to his brain.

‘It all started with the hole in my heart and the blood clot went through one side of my heart into the other and up to my brain. It hit the back of my brain, and separated so I actually had a stroke on both sides of my brain,’ he said.

‘The doctor said: “Do you know what happened?” I said “I think I’ve had a small stroke” and they said “no, you had a pretty big stroke and you’re very lucky to even be here”.’

Mr Body – whose condition has severely affected his memory – said he even struggled with remembering what his hometown Ashburton where he has lived for 26 years looks like.

‘I couldn’t recognise anything, I could’ve been in Brisbane or Italy. It was just unfamiliar,’ Mr Body said.

‘I thought when I’d come home, that I’d recognise the house but it was like walking into another house to someone else’s home. I didn’t know my way around.’ 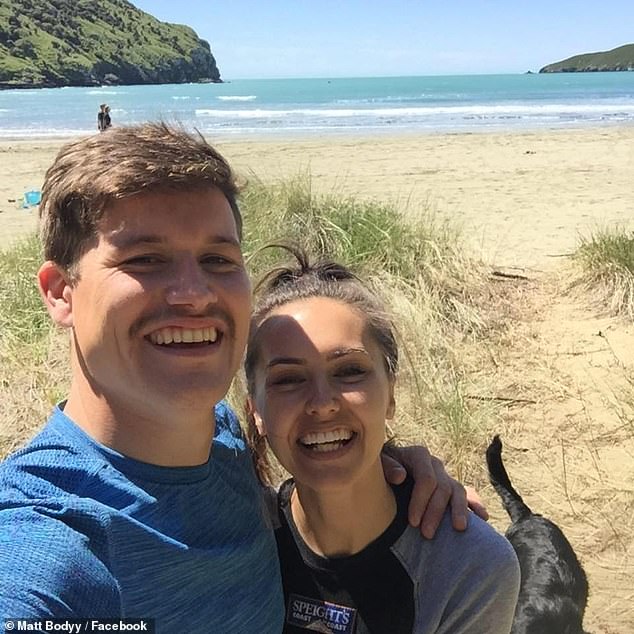 By sharing his story, Mr Body said he wanted young people to go get their hearts checked

Mr Body fought back tears as he shared the heartbreaking possibility of having to walk away from his ‘dream job’.

‘I love building, building is my dream job, I may not be able to return to that. I just gotta keep my head up, it’s a bit hard at the moment,’ he said.

Despite facing a long recovery ahead of him, Mr Body said he’s just grateful he didn’t lose all his motor function.

‘I am lucky my vision and my memories are the only thing that has only been affected so I am very thankful that I’m here breathing, talking, eating and walking,’ he said.

‘It could’ve been a lot worse and I’m not only looking through my eyes in a different way physically but mentally and emotionally I’m a changed man. I am lucky to be here, I’m lucky it hasn’t affected anything else.’

Family, friends and strangers have rallied behind Mr Body to raise money to help with expenses and the arrival of his baby. So far, more than $8,700 has been raised.

By sharing his story, Mr Body said he wanted to issue a warning to young people.

‘It’s just horrible and I don’t want it to happen to anyone,’ he said.

‘Just think about your health. I would encourage everyone to get their hearts checked over, to ensure you don’t have a hole in your heart like I do.

‘If half of you could take something out of this like go and get a check up, that’s a job done for me.’