Skip to content
Home > > Certain strains of gut bacteria could heighten the risk of bowel cancer by up to 15%, study claims – Daily Mail

Certain strains of gut bacteria could heighten the risk of bowel cancer by up to 15%, study claims – Daily Mail

Certain strains of gut bacteria could heighten the risk of bowel cancer by up to 15%, study claims

Certain strains of gut bacteria could raise the risk of bowel cancer, a study has claimed.

Scientists found people with more Bacteroidales bacteria have up to a 15 per cent higher chance of getting the disease.

Charities have welcomed the research, just the latest in a string of studies to delve into the effects of the microbiome on health.

The microbiome – trillions of naturally occurring bacteria, viruses and fungi which aid digestion and fight disease – is predominantly the product of genes.

It can be slightly altered by diet and antibiotics but the presence of Bacteroidales is more likely to be determined by a DNA lottery, experts said. 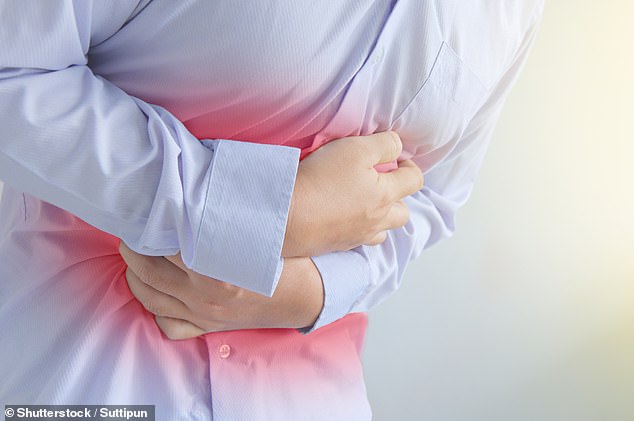 The volunteers came from three separate studies which looked to uncover genetic variants that are linked to gut bacteria levels.

They then cross-referenced this information with 120,000 people to examine if there was a link between genes and cancer.

The results, which haven’t yet to been reviewed by other scientists, showed 13 DNA variants were linked to differing levels of gut bacteria.

And individuals genetically prone to having more Bacteroidales were between two and 15 per cent more likely to get bowel cancer.

Dr Kaitlin Wade, a senior author of the scientific paper, presented the findings at the NCRI Cancer Conference in Glasgow.

She said: ‘On average, people with this type of bacteria within their gut may have a slightly higher risk of bowel cancer compared to those who don’t.’

But she added it is ‘too early’ to be certain because the relationship between the gut bacteria, genes and cancer is complex.

And she urged further research is needed to pinpoint the species of Bacteroidales which has been found to increase the bowel cancer risk.

Professor Ian Tomlinson, incoming director of the Cancer Research UK Edinburgh Centre, who was not involved in the study, hailed the pioneering insight provided by the paper.

He said: ‘This is the one of the first studies to use the methods to provide insights into the reasons for the postulated and plausible – but largely unproven – links between the microbiome and bowel cancer.’

WHAT IS BOWEL CANCER?

Bowel, or colorectal, cancer affects the large bowel, which is made up of the colon and rectum.

Most cases have no clear cause, however, people are more at risk if they:

More than nine out of 10 people with stage one bowel cancer survive five years or more after their diagnosis.

This drops significantly if it is diagnosed in later stages.

According to Bowel Cancer UK figures, more than 41,200 people are diagnosed with bowel cancer every year in the UK.

It affects around 40 per 100,000 adults per year in the US, according to the National Cancer Institute.