The San Diego County Department of Environmental Health (DEH) warned residents about a new invasive mosquito that is aggressively biting legs and ankles during the day.

The Aedes mosquitoes have been detected in the county of San Diego.

The yellow fever mosquito tends to bite below the knees, so they are commonly called “ankle biters.” All three invasive Aedes mosquitoes bite aggressively both indoors and outdoors.

The Aedes mosquitoes could transmit Zika, dengue fever, chikungunya, and yellow fever but there have been no recent cases of these viruses being transmitted locally in California, said the DEH.

This map shows the total number of Invasive Aedes findings from Jan. 1-Oct. 16, 2019

The Aedes mosquito is not native to California, but they’ve been found breeding in the smallest amounts of water around and inside homes, said the San Diego County Vector Control Program (VCP).

“Well, they’re really annoying because they prefer to breed in things that we as humans provide for them,” said Greg Slawson, Senior Vector Ecologist with the county of San Diego.

The county has asked San Diegans to dump out any small pools of water to prevent breeding, as Aedes mosquitoes prefer to lay eggs in small containers. So, they ask to watch for pools of water in plant saucers, discarded tires, buckets, watering cans, and flower vases that hold water inside and outside the home.

The Aedes mosquitoes don’t travel farther than 300 feet during their lifespan.

“You can throw a rock in any direction, and somewhere within that area is where they’re breeding,” explained Slawson.

The city can’t blanket spray neighborhoods as they do for West Nile mosquitoes. The only defense is for the county to be mindful of clearing pools of water on their property, explained the VCP.

“He right now has 14 bug bites on his back, and he got them all at once,” said Nikki Robbins about her toddler. “I usually can get away with a two-ounce bottle the whole season of mosquitoes, and I just bought a 32-ounce bottle.”

How to Prepare for Mosquito Season in San Diego 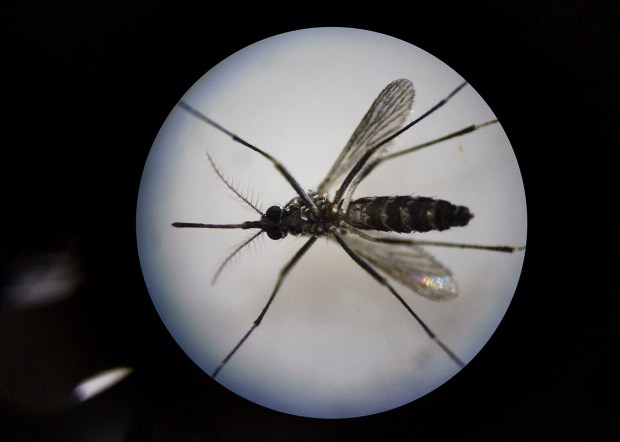 The county also asked residents to report any mosquito bites received during the day.

The Center for Disease Control has a list of approved repellents, some with and without DEET.