Health Minister Terrence Deyalsingh has called accusations of mismanagement of the health sector by former health minister Dr Tim Gopeesingh a distraction from the “reckless statements” the Caroni East MP has made on the influenza vaccine.

Speaking on Friday at a news conference at his St Clair office, Gopeesingh blamed Government and Deyalsingh for a number of issues.

Gopeesingh said despite there being hundreds of trained doctors, nurses, and technicians there were still a severe shortage of these professionals in hospitals. He said approximately 400,000 people were being deprived of efficient, acceptable health care because of the closure of the central block at the Port of Spain General Hospital, and that the Couva Hospital was not being put to optimal use.

He added that a foreign medical professional was silenced when he spoke out on the state of affairs at the San Fernando General Hospital including the lack of pharmaceutical drugs and even electricity at times.

“Over the past four and a half years the citizens of TT have endured an exponential deterioration in the public health sector in morbidity and mortality and numerous preventable deaths. The collapse of the primary health care system, which is the bedrock for health care, has resulted in widespread suffering for chronic non-communicable diseases (NCDs),” Gopeesingh said.

“There has been overcrowding and accident and emergency departments at public hospitals, with unacceptable waiting times, lying on trolleys, all because of insufficient medical resources and non-functioning diagnostic equipment.”

Speaking to Sunday Newsday after a press conference on influenza on Saturday, Deyalsingh dismissed Gopeesingh’s statements. He said, “Dr Gopeesingh did what he did yesterday (Friday) to deflect attention from his reckless statements on the flu vaccine. He wants you all (the media) to ask me questions about other things because he has gotten himself in severe trouble with that reckless statement. Focus on the issue.”

During the press conference, Deyalsingh spoke on vaccine hesitancy. The European Centre for Disease Prevention and Control describes vaccine hesitancy as “delay in acceptance or refusal of vaccines despite availability of vaccination services.”

He said the trend could also be found in the medical community and made reference to Gopeesingh’s statements in the Parliament on December 11.

Gopeesingh’s Hansard statement reads: “Honourable Minister, are you aware in your quest for vaccination nationally, which is important, are you aware that there is a raging controversy globally on the complications of the vaccination programmes in young children and even pregnant women as well? And as from the role of a gynaecologist, I am still to determine whether I should recommend a pregnant patient for the vaccine, because there is raging controversy for children and children are getting a lot of complications from the vaccine.”

Deyalsingh noted women and children were two of the five groups considered high risk, and who the ministry has been urging to get vaccinated. “This is called the talk of anti-vaxxers,” Deyalsingh exclaimed.

He asked the media to call on several doctors to ask if Gopeesingh violated any ethical platforms of the medical professions and if they agree with Gopeesingh. “This is why Dr Gopeesingh called a press conference… To deflect the criticism he is getting from this and to attack me personally. Because he is being pounded for this.” 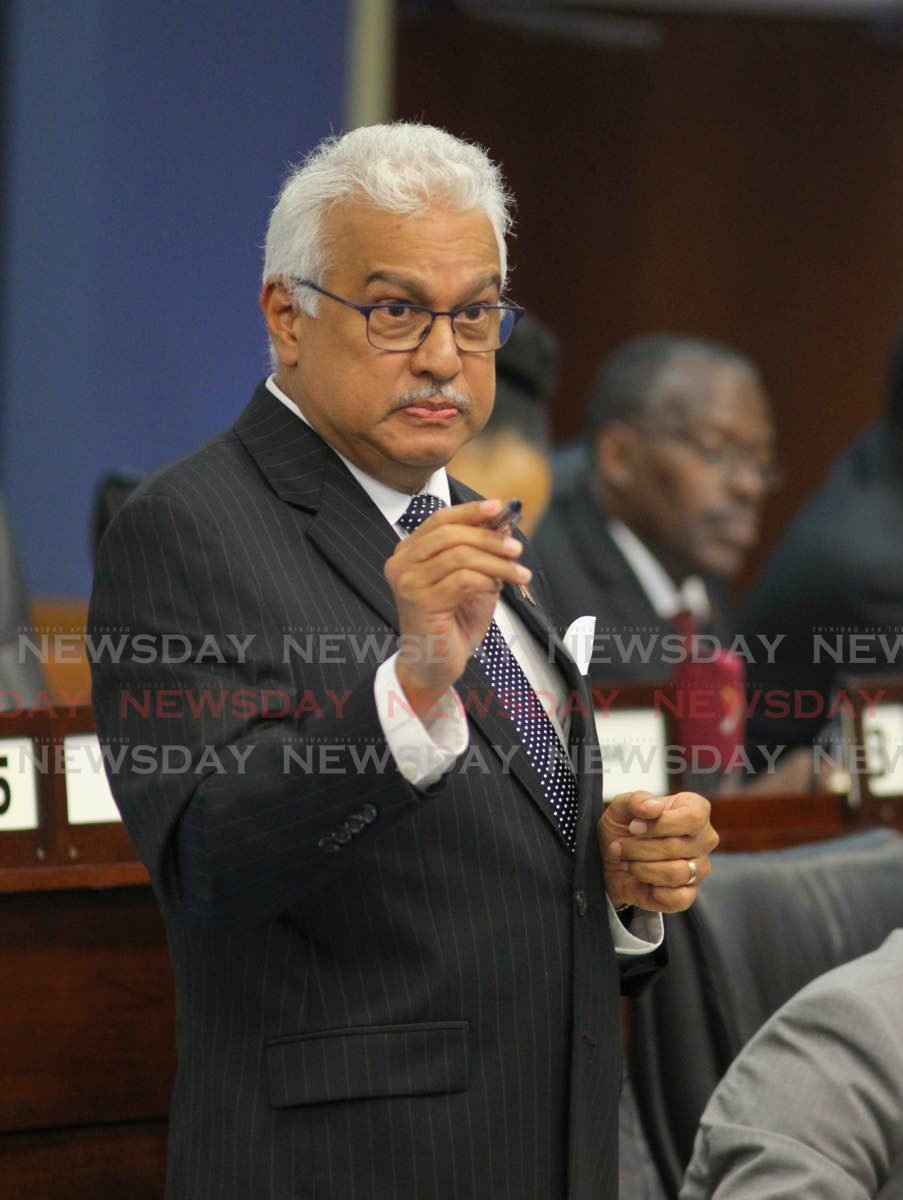