Skip to content
Home > > DR ELLIE CANNON: Can you inherit dementia – and will any foods help to stop it advancing? – Daily Mail

DR ELLIE CANNON: Can you inherit dementia – and will any foods help to stop it advancing? – Daily Mail

When we think of dementia, we think of memory loss, but that’s vastly oversimplifying it. For a start, most people have heard of Alzheimer’s, but there are other types of dementia too.

They can affect reading and writing, movement, and even the ability to follow a conversation.

There can also be changes in behaviour, mood and attitude. As Lynne Wallis’s story about her mother in this week’s Mail On Sunday Health section shows, dementia can completely transform a person. That makes it a challenge for doctors to diagnose, especially early on.

There is no cure, and very few ways to reliably slow the inevitable march of these illnesses.

All these things combined can leave patients and their families feeling even more confused.

But that doesn’t mean that modern medicine can’t help – in fact, quite the opposite. With this in mind, here, I try to answer some of your vital questions about dementia. 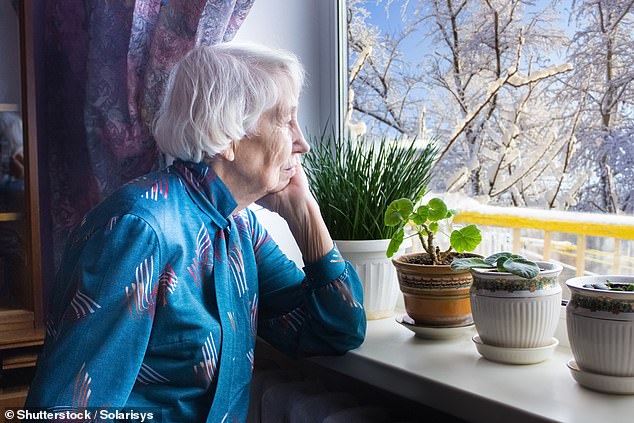 When we think of dementia, we think of memory loss, but that’s vastly oversimplifying it. For a start, most people have heard of Alzheimer’s, but there are other types of dementia too. (File image)

I’ve been worried about my 68-year-old mother for a while, as she has not seemed herself – she was even caught shoplifting, which is so out of character. We’re concerned about dementia, but the results of a memory test came back normal so the doctor said there is nothing wrong. But I know there is.

Memory loss is just one aspect of dementia. These diseases can cause changes in personality too.

For the most common types of dementia such as Alzheimer’s, memory loss often comes first, then the behavioural changes happen later. But about five per cent of people with dementia will have something called frontotemporal dementia. The first and most prominent features are behavioural: loss of inhibitions, change in likes and dislikes, inappropriate social behaviour and unusual rituals. The memory loss comes later.

Symptoms like the ones described here should be discussed with her GP, along with any history of depression or mini-strokes. More testing and a brain scan – an MRI – are likely to be needed.

My husband has dementia. Often I feel completely overwhelmed by it all and feel sad. I feel bad talking about myself, as it’s he who is ill. But on bad days, I can’t seem to cope and, I hate to admit, I want to run for the hills. Is this normal?

Absolutely. If you didn’t feel like this, that would be abnormal. Any carer role is incredibly stressful, no matter what situation you find yourself in.

You are experiencing grief for the partner you had, along with a fear for the future and the day-to-day fatigue from caring. It is a huge burden to carry.

I urge anyone feeling this way to register with your GP that you are a carer, and explore what help is available. In many areas there are counselling services so you can talk about how you feel.

There may be some social care or carer support too. The charity Carers UK (carersuk.org) also offers excellent advice.

More from Dr Ellie Cannon for The Mail on Sunday…

My 67-year-old wife was diagnosed two years ago with dementia. She used to be relatively active, but now rarely leaves the house. Having read that exercise is good for dementia, I’ve tried suggesting walks but she refuses. What else would you suggest?

Exercise is really important: it reduces isolation, boosts confidence and bone strength, and may even improve the memory and slow decline. It is worth exploring what is available in your area – for example, t’ai chi or specific classes for older people.

Your local authority will be able to tell you what is available, and there may be a budget locally for ‘social prescribing’ that is worth asking your GP about. This would enable her to go to an appropriate session at no cost.

Gardening is an option as that involves exercise and safe movements. And exercise can be done without leaving the house – use her favourite music to get her up dancing a little each day.

The Alzheimer’s Society (alzheimers.org.uk) has some great ideas for seated exercises.

My father is being seen at something called a memory clinic. No one has said the word ‘dementia’, but I think that’s what he has. Would I have been told if it was?

We refer patients to memory clinics for diagnosis of dementia, as well as treatment. If dementia isn’t suspected, staff usually discharge patients. Some patients do have memory changes caused by treatable conditions such as a Vitamin B12 deficiency.

That said, dementia isn’t an easy diagnosis to make. Establishing which dementia a patient has (there are six main types) can take time as scan results come back. 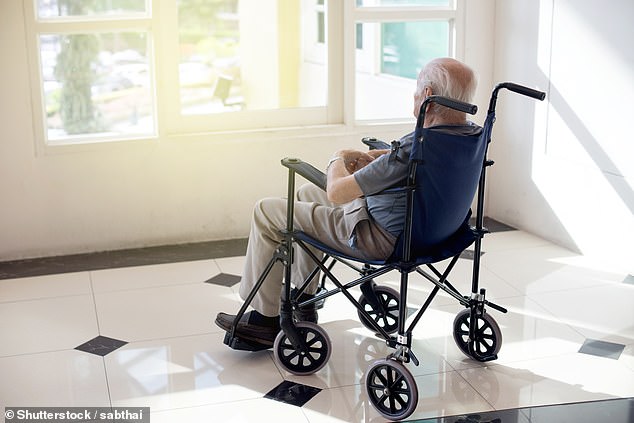 Dementia isn’t an easy diagnosis to make. Establishing which dementia a patient has (there are six main types) can take time as scan results come back. (File image)

I’ve just been diagnosed with Alzheimer’s and have been told by a friend that I should enrol on a clinical trial so I can get new treatments. How do I do this – and are there any risks?

The safest way to do this is via Join Dementia Research (join dementiaresearch.nihr.ac.uk). It’s like a matchmaker service: you join by signing up online, then they’ll inform you about suitable studies that are recruiting.

These may involve trials of medications, scanners or even genetic testing. But it is important your expectations are realistic: it is definitely not a guaranteed way to get new treatments.

Trials can involve using medications that already exist, for instance.

Left untreated, hearing loss is thought to increase the chances of developing dementia.

My father died earlier this year with dementia. Having witnessed first-hand how challenging the condition can be, I’m worried that I may get it too when I’m older. Can dementia be inherited, and can I be tested to see if I’ll get it?

Diabetes and smoking appear to increase the risks, as do a lack of exercise and loneliness.

My husband was diagnosed with dementia earlier this year and I’ve been too afraid to ask his specialist how long he has left.

This is a very difficult question to answer. On average, people with dementia usually live for between three and nine years after diagnosis. There is a huge range because there are many different types of dementia and, of course, it depends on background health.

Within that survival time, what is also difficult to estimate is how the disease will progress. We talk about stages of dementia as early, moderate or severe, and each of these stages lasts about two years before progressing.

At the early stages, planning is important: financial, care and health. This would include registering power of attorney (gov.uk/power-of-attorney) and an advanced care directive – a living will.

My mother was diagnosed with dementia a few months ago. Is there a special diet that will help to keep her brain healthy?

It is important for people with dementia is get enough calories. Sufferers are prone to weight loss because of appetite and behavioural changes. They are also very susceptible to dehydration if they forget to drink. Eating regular meals is the priority.

DO YOU HAVE A QUESTION FOR DR ELLIE?

Dr Ellie can only answer in a general context and cannot respond to individual cases, or give personal replies.

If you have a health concern, always consult your own GP.

My wife has long suffered with type 2 diabetes, and last year she was diagnosed with Alzheimer’s disease. Her memory is getting progressively worse so it’s becoming increasingly difficult for us to manage both conditions. What should we do?

This is tricky but actually quite common. Type 2 diabetes in middle age or later life increases the risk of both vascular dementia and Alzheimer’s by 50 per cent. Help from a GP in managing this is crucial.

The medication regime needs to be simple but enough to control the diabetes: a dosette box with compartments showing which pills need to be taken at what time of day will be essential.

A referral to a dietician is also useful – this would help you establish a diet for your wife that is beneficial for her diabetes but which she can also enjoy despite her dementia. 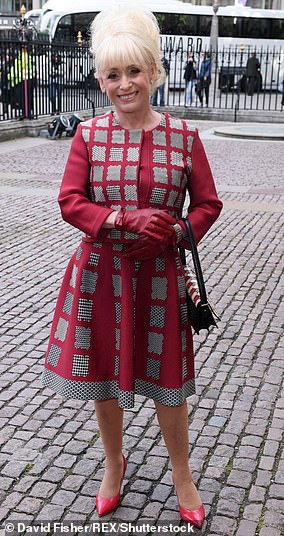 Music plays a significant role in so many of life’s events.

Almost everyone has a song or two that reminds them of a special moment – and this can often be coupled with powerful emotions.

The veteran actress was diagnosed with Alzheimer’s five years ago, but Scott says music evokes happiness in the 82-year-old.

This is so important.

Managing dementia is not just about care and pills but also enjoyment and allowing both patients and carers time to enjoy themselves – for Barbara this is clearly therapeutic.

And it is so vital too that she and Scott have fun together as a couple, something that all too often is discarded with dementia.