U.K. researchers claim that a new food labeling system that would show how much exercise would be needed to burn off the food’s calories could help battle obesity. However, critics are claiming it could promote eating disorders.

The proposed food labeling system, called Physical Activity Calorie Equivalent (PACE), would “show how many minutes or miles of physical activity are needed to burn off the calories in a particular food or drink,” Loughborough University, the school that led the research, said in a press release.

“For example, eating 230 calories in a small bar of chocolate would require about 46 minutes of walking or 23 minutes of running to burn off those calories,” according to the university. 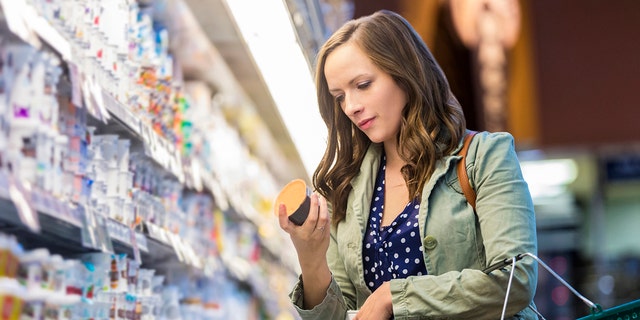 According to the press release, the UK Royal Society for Public Health has already called for PACE labeling to replace the current food labeling system used.
(iStock)

The researchers claim the program could potentially save a person up to 200 calories per day.

Though the study has been small and used controlled groups instead of real-life situations such as grocery stores or restaurants, researchers are hopeful it will help people reduce their daily calorie intake or opt for healthier food items, as well as make people think more about fitness.

“The evidence shows that even a relatively small reduction in daily calorie intake (100 calories) combined with a sustained increase in physical activity is likely to be good for health and could help curb obesity at the population level. PACE labeling may help people achieve this,” the study’s lead professor, Amanda Daley, said.

“Public health agencies may want to consider the possibility of including policies to promote it as a strategy that contributes to the prevention and treatment of obesity and related diseases,” she added.

According to the press release, the U.K. Royal Society for Public Health has already called for PACE labeling to replace the current food labeling system used. However, it has not been implemented yet.

The proposed system has attracted backlash, mainly from people who claim that focusing on calories — instead of nutrition — is unhealthy and potentially triggering for those with eating disorders.

“Although we recognize the importance of reducing obesity, labeling food in this way risks being incredibly triggering for those suffering from or vulnerable to eating disorders,” Tom Quinn, director of external affairs at Beat, the U.K.’s leading eating disorder charity, told The Independent.

“We know that many people with eating disorders struggle with excessive exercising, so being told exactly how much exercise it would take to burn off particular foods risks exacerbating their symptoms,” Quinn added.

Deanna Jade, founder of the National Centre for Eating Disorders, also pointed out that the exercise-based calorie labels could be “incorrect or misleading.”

“How much energy you burn doing different things [depends] on your personal physiology,” she told The Independent. “Nothing is standard.”