Girls born in spring or summer are up to 12% more likely to die of heart disease later in life, finds study

Women born in the spring or summer could be more likely to die of heart disease, according to a study.

Heart disease deaths were up to 12 per cent more common among women who entered the world in the warmer months, compared to November.

April appeared to be the riskiest month and December the least risky, but scientists could not explain why.

Past research has suggested seasonal differences in what people eat, air pollution levels or sunlight levels may all impact on a growing child’s long-term health. 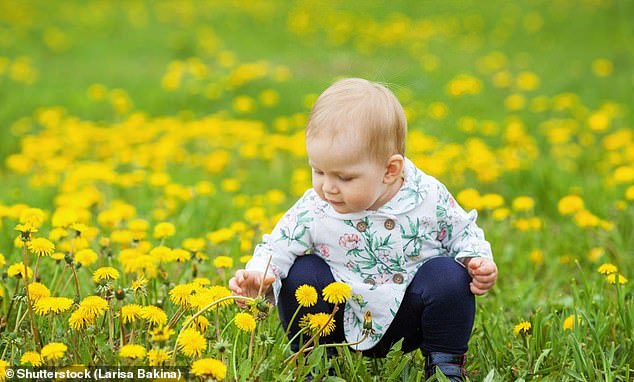 Babies born in the spring had a higher risk of dying of heart disease when they grew older, research found – those with a birthday in April had a risk 12 per cent higher than those in November (stock image)

The team said there could be a ‘small but real seasonal effect’ on people’s hearts. Further trials are needed to confirm the link.

Researchers at the Brigham and Women’s Hospital and Harvard Medical School in Boston, Massachusetts used data from 116,911 women in the US.

BEING BORN IN AUTUMN OR WINTER ‘RAISES DEPRESSION RISK’

Babies born in the autumn and winter may face a higher risk of depression later in life, research suggests.

Scientists found mothers who gave birth in those two seasons had higher levels of the ‘stress hormone’ cortisol in their saliva.

Experts said evidence shows too much of the hormone in pregnancy raises the risk of the baby developing psychiatric disorders later in life.

Researchers at Cardiff University said the study is the first to report the effects of the seasons on maternal cortisol levels in late pregnancy.

Each of them provided saliva samples during their pregnancy and filled out questionnaires to assess their level of depression and anxiety.

Cortisol levels dropped by 0.05μg/dL (micrograms per decilitre) and 0.06μg/dL, on average, in the spring and summer months, according to the findings.

Being born in spring made someone 10 per cent more likely to be part of the heart death group than being born in November.

Meanwhile, a summer birthday increased the risk by nine per cent.

The women whose birthdays were in April were 12 per cent more likely to die of heart disease than those born in November.

Being born in March raised the heart disease death risk by nine per cent; May or July by eight per cent; and June by seven per cent.

Women born in December were five per cent less likely to die early than those born in November.

Dr Eva Schernhammer and her colleagues wrote in the British Medical Journal that their work ‘adds to the growing evidence suggesting that individuals born in the spring and summer have higher cardiovascular mortality than those born in autumn, but conflicts with previous findings on overall mortality’.

Heart disease is one of the world’s biggest causes of death and accounted for one in five deaths in this study alone.

Globally around a third of all deaths – some 18million each year – are linked to heart diseases.

Diseases of the heart are caused by unhealthy lifestyles such as being overweight, smoking, drinking and a bad diet.

Dr Eva Schernhammer’s study had set out to determine whether overall risk of death was affected by birth month – as past research has suggested it is – but found the opposite.

The risk of a premature death of any cause did not rise or fall depending on when someone was born, but when they only included people who died of heart disease they noticed the trend.

They said pollution and diet changes could be to blame for seasonal changes to people’s health.

Air pollution is known to get worse in the summer because nitrogen dioxide from exhaust fumes can react with heat from sunlight to create ozone, a gas which can aggravate the lungs and make it hard to breathe.

And people may eat fewer fruit and vegetables in the winter because they go out of season, other research has suggested, as well as getting less vitamin D.

Changes like this can impact babies because their weaker, growing bodies are more susceptible to shifts in the environment around them and are less resilient.

The effects on heart disease-related death still remained after someone’s family medical history and level of wealth were taken into account.

Dr Schernhammer and her colleagues said more research was needed but that there was evidence there could be a ‘small but real seasonal effect of fetal or early life factors in later life’.