Build-up of a harmful protein in the brain can predict atrophy in Alzheimer’s disease patients at least one year in advance.

But researchers found that only accumulation of the tau protein was indicative of where damage would occur as Alzheimer’s progressed.

The team, from the University of San Francisco Memory and Aging Center, says the findings shed fresh light on the age-related brain disease and that either drugs could prevent this neurodegeneration or that scans predicting future atrophy could lead to personalized dementia care. 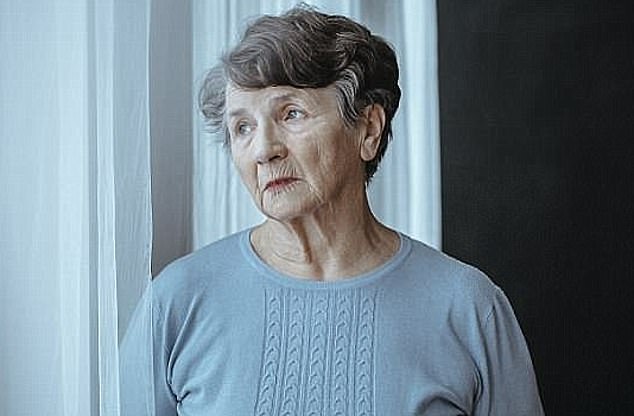 ‘No one doubts that amyloid plays a role in Alzheimer’s disease,’ said lead author Dr Renaud La Joie, a postdoctoral researcher at the University of San Francisco.

‘But more and more tau findings are beginning to shift how people think about what is actually driving the disease.’

It is estimated that there are about 44 million people worldwide – 5.7 million of whom are Americans of all ages – living with Alzheimer’s disease.

There is no known cure for Alzheimer’s, but experts suggest physical exercise, social interaction and adding brain boosting omega-3 fats to your diet can slow down the onset of symptoms.

Such symptoms can include disorientation, difficulty remembering newly learned information and suspicion about family and friends.

Scientists have debated for years the importance of amyloid beta proteins and tau proteins, which were discovered in the early 20th century.

Numerous drugs have been manufactured attempting to target amyloid, with mixed or few results.

This has led to researchers looking at tau – which was once seen as just an indication of where brain cells had died – to see if this protein is actually driving the disease.

For the study, published in the journal Science Translational Medicine, the team recruited 32 people with early stage Alzheimer’s disease.

HOW TO DETECT ALZHEIMER’S

All the participants received PET scans, which evaluate organ and tissue functions, with two separate tracers to measure levels of amyloid and tau in their brains.

Results showed found tau levels in the brain at the study’s start indicated how much degeneration would occur over the course of a year.

Additionally, tau build-up in the brain predicted atrophy in that area with more than 40 percent accuracy.

By comparison, amyloid build-up only predicted degeneration in the area where clumps were with only three percent accuracy.

The team said the results were evidence that tau is a key driver of brain degeneration in Alzheimer’s disease.

‘The match between the spread of tau and what happened to the brain in the following year was really striking,’ said Dr Gil Rabinovici, a neurologist and leader of the PET imaging program at the UCSF Memory and Aging Center.

‘Tau PET imaging predicted not only how much atrophy we would see, but also where it would happen’

In addition, scans showed that younger participants had higher levels of tau and subsequent brain degeneration than the older participants.

This may mean that other circumstances, such as damage to blood vessels, are factors in late stage Alzheimer’s.

The results could also mean that tau PET scans predicting neurodegeneration could lead to individualized dementia care in patients.

‘One of the first things people want to know when they hear a diagnosis of Alzheimer’s disease is simply what the future holds for themselves or their loved ones,’ said Dr Rabinovici.

‘Will it be a long fading of memory, or a quick decline into dementia? How long will the patient be able to live independently? Will they lose the ability to speak or get around on their own?

‘These are questions we can’t currently answer, except in the most general terms. Now, for the first time, this tool could let us give patients a sense of what to expect by revealing the biological process underlying their disease.’