Insomnia in adults linked to heart attack and stroke – CNN

“This is probably one of the larger studies that have been published so far on the connection between insomnia and cardiovascular risk,” said Harvard professor and neurologist Dr. Natalia Rost, chief of the stroke division at Massachusetts General Hospital in Boston.

“While we don’t understand the exact link, what we’ve learned over the years is that sleep is important,” said Rost, who was not involved in the study.

Researchers in the study, published in Neurology, a journal of the American Academy of Neurology, asked nearly a half million Chinese about three key symptoms of insomnia:

Ten years later, researchers looked at the cardiovascular health of the study participants. They found those who had all three symptoms of insomnia were 22% more likely to have coronary artery disease and 10% more likely to have a stroke than those who slept well. The finding held even after researchers adjusted for confounding factors such as smoking, physical activity level and alcohol use. 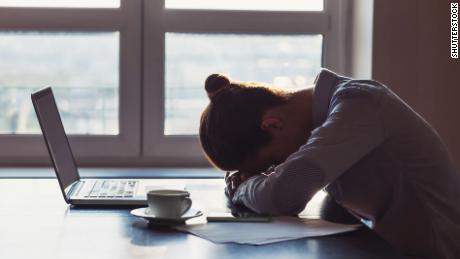 Then they analyzed the three insomnia questions separately. Those who reported issues with staying focused during the day due to poor sleep were 13% more likely to experience heart issues, the study found.

People who only reported trouble getting and staying asleep were 9% more likely and those who reported waking too early were 7% more likely to develop stroke and heart conditions than people with no sleep issues.

“The link between insomnia symptoms and these diseases was even stronger in younger adults and people who did not have high blood pressure at the start of the study,” said study author Dr. Liming Li, of Peking University in Beijing, in a statement.

“So future research should look especially at early detection and interventions aimed at these groups,” Li added.

A
2017 meta analysis of 160,000 people found those who had difficulty falling asleep were 27% more likely to have a heart attack or stroke. They also found an association between trouble staying asleep and heart problems, but no association with early-morning awakenings.

“I always think that there are probably more facets to the story than just one link,” Rost said. “Maybe it’s the repair of vessels that we hear more and more about during sleep.

“I also think insomnia may be a symptom of some other disease in the body that’s not symptomatic yet,” Rost said. “Maybe something is already brewing in the body that insomnia impacts and ultimately manifests 10 years down the road. Hopefully more research will figure the association out.”