A mom-of-two who lost half her arm five years ago after she was electrocuted in a freak accident while plugging in her laptop has landed on the cover of “Models of Diversity,” a 2020 calendar being sold in the U.K.

Jue Snell, 40, said the incident a half-decade ago triggered Complex Regional Pain Syndrome (CRPS), which led to sepsis in her limb. 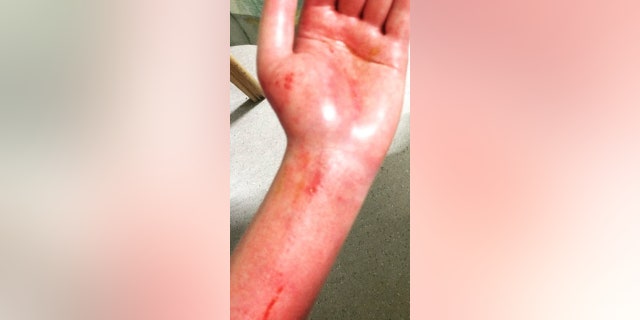 CRPS is a chronic pain condition that most often strikes in one limb after an injury, according to the National Institute of Neurological Disorders and Stroke. It’s characterized by “prolonged or excessive pain and changes in skin color, temperature, and/or swelling in the affected area.”

For Snell, of Cheshire, England, she wasn’t diagnosed with CRPS until six weeks after she was hospitalized for the electrocution. 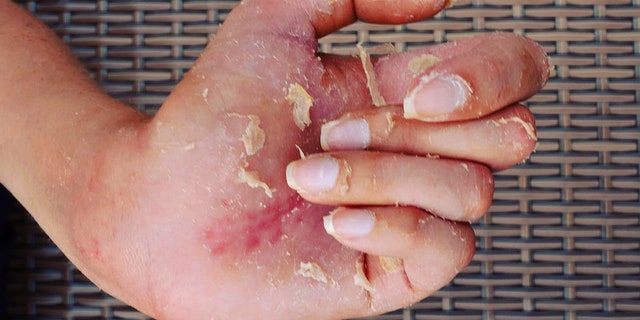 Snell then developed a fever and started vomiting, which is when doctors discovered she had developed sepsis.
(Caters News Agency)

“Six weeks after the accident I was diagnosed with CRPS – despite five operations, the feeling in my hand never returned,” she told Caters, according to The Sun. “My lower arm became thin due to the lack of movement and it constantly felt like it was soaking in boiling hot oil, and when exposed to the cold – it was like my hand was in shattered glass.”

Snell told the news outlet her pain continued for 12 months, during which she would visit the hospital up to four times a week. In March 2015, she became disoriented and developed a fever. She went to the emergency room where she was diagnosed with sepsis in her arm.

“My hand and arm had broken skin which contracted a serious bacterial infection that led to sepsis,” she said. “Doctors said they must amputate my arm before it spreads, but I wanted to take it off anyway as it was affecting my life. I immediately said yes as I was desperate to restart my life.” 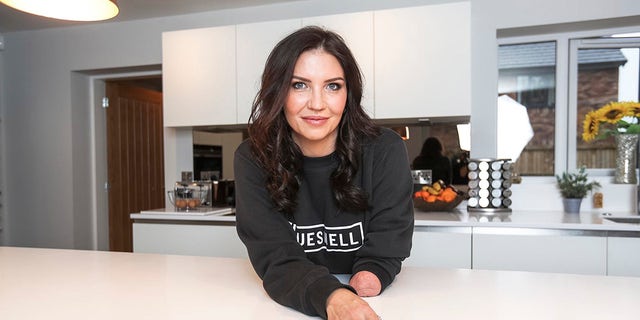 Despite agreeing to amputation without hesitation, losing her hand caused Snell to struggle mentally, which she helped address with the help of a psychiatrist and her family.
(Caters News Agency)

However, Snell wound up struggling to accept herself as an amputee, and she developed post-traumatic stress disorder, according to Caters. She sought help from a psychiatrist and relied on her family to help her rebuild confidence. The magazine cover, she said, helped her feel “incredible and empowered.”

“I want to show other women that you don’t have to fit into a perfect box – you can still achieve things,” she told Caters.