Skip to content
Home > > Mom says this Christmas could be her last following shocking diagnosis: I’ll fight with everything I’ve got – Fox News

Mom says this Christmas could be her last following shocking diagnosis: I’ll fight with everything I’ve got – Fox News

A British mother of two says this Christmas could be her last after she was diagnosed with a rare but debilitating disease that doctors have told her will affect her longevity.

Jennifer Bell, 28, was reportedly told she has just months to live after she was diagnosed with motor neuron disease (MND) in March. MND is a group of conditions — such as ALS, primary lateral sclerosis, progressive bulbar palsy, and others — that cause the spine and brain to lose function over time. This can affect a person’s ability to eat, swallow, speak, walk and more.

Bell told SWNS, a British news agency, that she first noticed symptoms of the disease when she began to have trouble speaking. At the time, she was pregnant with her youngest daughter, Kacey, 1. Doctors reportedly dismissed her symptoms as “pregnancy hormones.” 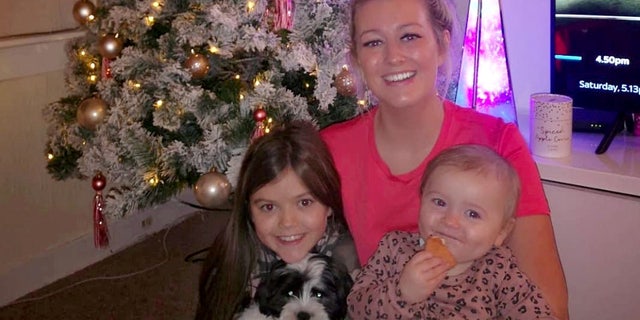 Jennifer Bell, 28, with daughters Georgia, eight, and Kacey, one.
(SWNS)

So far, Bell, of East Dunbartonshire, said she’s noticed her speech is progressively deteriorating and also noted she has trouble chewing.

“Since being diagnosed my speech is my main symptom which is slowly but surely deteriorating, I also find it hard to chew food,” she said. “All my symptoms are to do with bulbar muscles in my mouth and throat.”

Added Bell: “Physically my arms and legs are fine. There’s nothing I can’t do now that I [couldn’t] before apart from talking. I’ve had to adjust my diet to soft foods.” 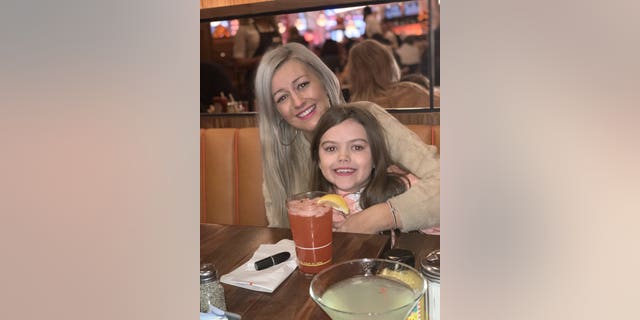 Jennifer Bell, 28, with daughter Georgia, eight. Terminally ill mother Jennifer Bell, 28, who was diagnosed with motor neuron disease in March, says she feels blessed to be able to spend Christmas with her children — despite knowing it may be her last.
(SWNS)

But the mom isn’t letting the disease hold her back, noting she finds “[her] strength from [her] two girls.”

“They are my world and every day I have seeing them growing up, laughing, telling me they love me, I know they need me,” she said. “I’ll fight with every breath in my body to be here looking after them for as long as I possibly can.”

“Although it’s an awful situation, I’m also very lucky in so many ways,” she continued. “I’ve brought two beautiful children into the world. I’ve almost completed my bucket list. I’ve achieved a university degree. I’ve had the opportunity to do so many things some people never get to do in life, and it’s made me into a stronger person.” 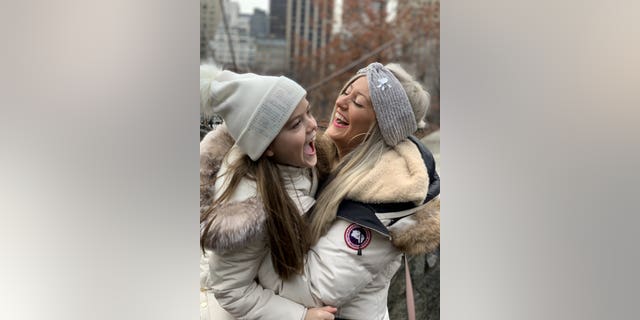 Jennifer Bell, 28, with daughter Georgia, 8, on a recent trip to New York.
(SWNS)

That said, there are hard moments; Bell said it “breaks her heart” that she can no longer sing to her youngest daughter.

“Publicly I look fine so when I speak I feel embarrassed because people are so ignorant and hardly anyone knows about MND. So they look at me like ‘What is wrong with her?’” she added.

Bulbar palsy, the type of MND that Bell has, often causes “frequent choking spells, difficulty speaking, eating and swallowing,” as per Medical News Today. As the disease progresses, Bell said her older daughter, Georgia, 8, has asked her when she’s “going to heaven.”

“I just say to her, ‘Nobody knows when God will take us so we have to be happy and make special memories every day,’” she said. “I explain to her that we are all going to the same place one day and everyone will be together again.”

“I won’t ever lie down to this disease,” Bell added. “I’ll fight it with everything I’ve got.”