Scientists in China who are researching an outbreak of viral pneumonia that’s sickened dozens in the city of Wuhan have identified a new type of coronavirus as the likely culprit behind the illnesses, Chinese state media reported Thursday.

Lead scientist Xu Jianguo said that “preliminary tests” indicated new coronavirus is the cause of the illness, which has sickened at least 59 people as of Sunday. At the time, seven were considered in critical condition.

Researchers made the determination after collecting blood samples and throat swabs from 15 patients, the BBC reported.

Coronavirus can cause a range of illnesses, from the common cold to Severe Acute Respiratory Syndrome (SARS) — the latter of which infected some 8,000 people in 2003. At least 770 died after it spread to other cities and countries. No new cases of SARS have been reported since 2004, according to The Associated Press.

That said, Chinese state media say the illness in Wuhan is different from coronaviruses that have been identified in the past. Earlier laboratory tests ruled out SARS and Middle East respiratory syndrome (MERS), as well as influenza, bird flu, adenovirus, and other common respiratory pathogens. 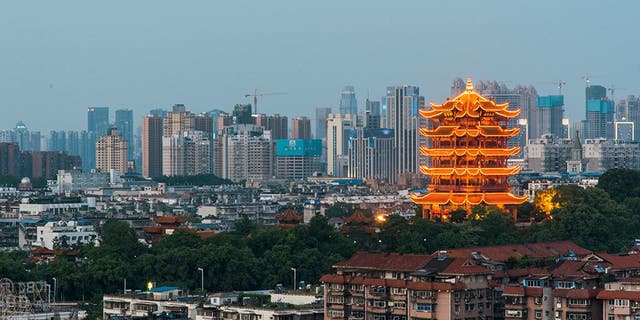 The city of Wuhan, China.
(iStock)

Symptoms of coronaviruses, which can spread through coughing or sneezing or by touching an infected person, include a runny nose, headache, cough and fever. Shortness of breath, chills and body aches are associated with more dangerous kinds of coronavirus, according to the Centers for Disease Control and Prevention.

Many cases have been traced to South China Seafood City food market, which has since been suspended and is under investigation, according to The Associated Press. There’s suspicion that those sickened were infected by animals at the market.

“Preliminary identification of a novel virus in a short period of time is a notable achievement,” Gauden Galea, a World Health Organization representative to China, said in a statement, according to the AP.

That said, scientists have not definitively concluded the cause of the outbreak and plan to conduct additional pathogenic and epidemiological research over the following weeks to confirm the preliminary findings.

Fox News’ Alexandria Hein and The Associated Press contributed to this report.