By Terri-ann Williams For Mailonline

A new cancer scan which can predict how rapidly tumours will grow could save children the ordeal of going through aggressive treatment, with the test being hailed by professionals as a ‘huge step’ forward.

The new test will allow specialists to tailor treatments for brain cancer patients, which could improve survival rates.

By assessing early on how aggressive the tumours are, doctors will be able to ensure treatment is ‘no more toxic than it needs to be’.

Paediatric oncologist, Professor Andrew Peet, who works at the University of Birmingham and Birmingham Children’s centre said the new scans will ‘reduce the adverse effects on patients and improve their quality of life’. 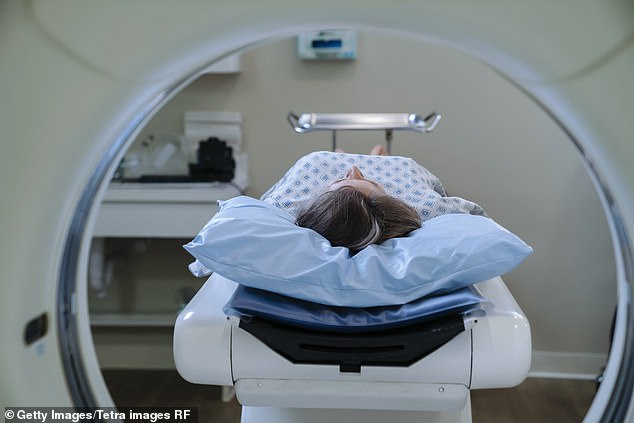 Speaking to the Guardian, Prof Peet, who led the work said: ‘This is a huge step towards the introduction of more personalised treatment for childhood brain tumour patients.

At present, 75 per cent of children with brain tumours now live beyond five years, however specialists are still facing challenges in being able to predict how the disease will progress in individual patients.

The need to tailor treatments to individual patients, particularly in children is of paramount concern.

This is due to the fact that children are most vulnerable to the side effects of toxic drugs and radiation, both of which can be prescribed to children with a brain tumour. 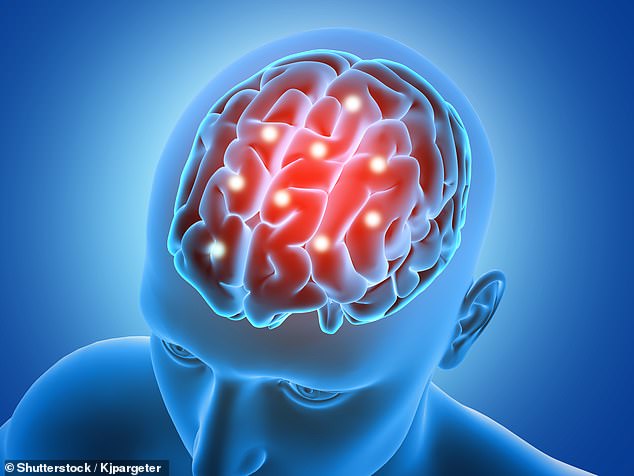 In the UK brain cancer currently accounts for one third of all childhood cancer deaths and in order to enhance their research, the group in Birmingham took biopsies from 114 children.

All of which came from patients that had been treated at the hospital, with their outcomes having been tracked for over five years.

At the end of the study, 35 patients had died and 79 lived. The analysis found that the levels of lipids (fats) and glutamine had been key indicators of how aggressive a tumour would be in each patient.

It also found that an MRI scan could be used to measure the levels of both glutamine and lipids.

Prof Peet added: ‘This type of refinement will help children get better treatment’.

One youngster who participated at the trial in Birmingham included 16-year-old Poppy Guilder from Tamworth, who was diagnosed with a brain tumour when she was just 14.

Her GP noticed a squint in one of her eyes and her mother, Lisa Guilder, told the Guardian that they found a ‘huge mass the size of an orange’ and that after a first round of treatment, they found it had been more aggressive than expected and the tumour grew back within seven weeks.

Prof Peet added that the tumour ’100 per cent’ did not behave how they thought it would’ and that at the time, the quality of information had been ‘poor’.

‘If we had known these things back when we started treating her it would have been so useful’.

Poppy’s tumour is now stable following intensive treatment and the youngster is currently studying health and social care. Her mother Lisa added that she hoped the new scan would be able to help other children receive the correct treatment.

This is while the CEO of Children with Cancer UK said they were pleased at the developments, after the group helped to fund the study.

Cancer Research UK’s director of clinical research also added that children will have a better chance of survival if they are enrolled in new treatment trials.

How do brain tumours cause personality changes?

Brain tumours and surgery can cause extreme personality changes.

As a brain tumour grows, it puts pressure on surrounding tissue affecting the function, process or part of the body that is controlled by that area of the brain.

Personality changes are most common in people when the tumour is located in their frontal lobe, which controls personality, behaviour and emotions, problem solving and long-term memory.

Personality changes can also be caused by a tumour in the pituitary gland which controls hormone levels.

This can result from treatments including surgery, radiotherapy and chemotherapy.

Changes in personality and behaviour that have occurred as a direct or indirect result of these treatments usually pass gradually as people recover.

Large tumours can have a greater effect as they affect a greater area. However, even a small tumour in a key structure of the brain can have a significant impact.

Personality changes might also be experienced as a natural reaction to the diagnosis and treatment.

The emotional impact of the diagnosis, undergoing treatment, and the lifestyle changes that are often necessary for a person living with a brain tumour, can affect mood, general persona and can cause a person to become more irritable.