So is red meat good or bad for you? If the answer were only that simple.

A team of international researchers recently rattled the nutrition world by saying there isn’t enough evidence to tell people to cut back on red or processed meat, seemingly contradicting advice from prominent health experts and groups including the American Cancer Society and American Heart Association.

But the researchers didn’t say people should eat more meat, or that it’s healthy. No new studies were conducted, and they reported no new understanding of meat’s effects on the body. Instead, the papers offer a new approach to giving advice about food and health — and a rebuke to how it’s often done. 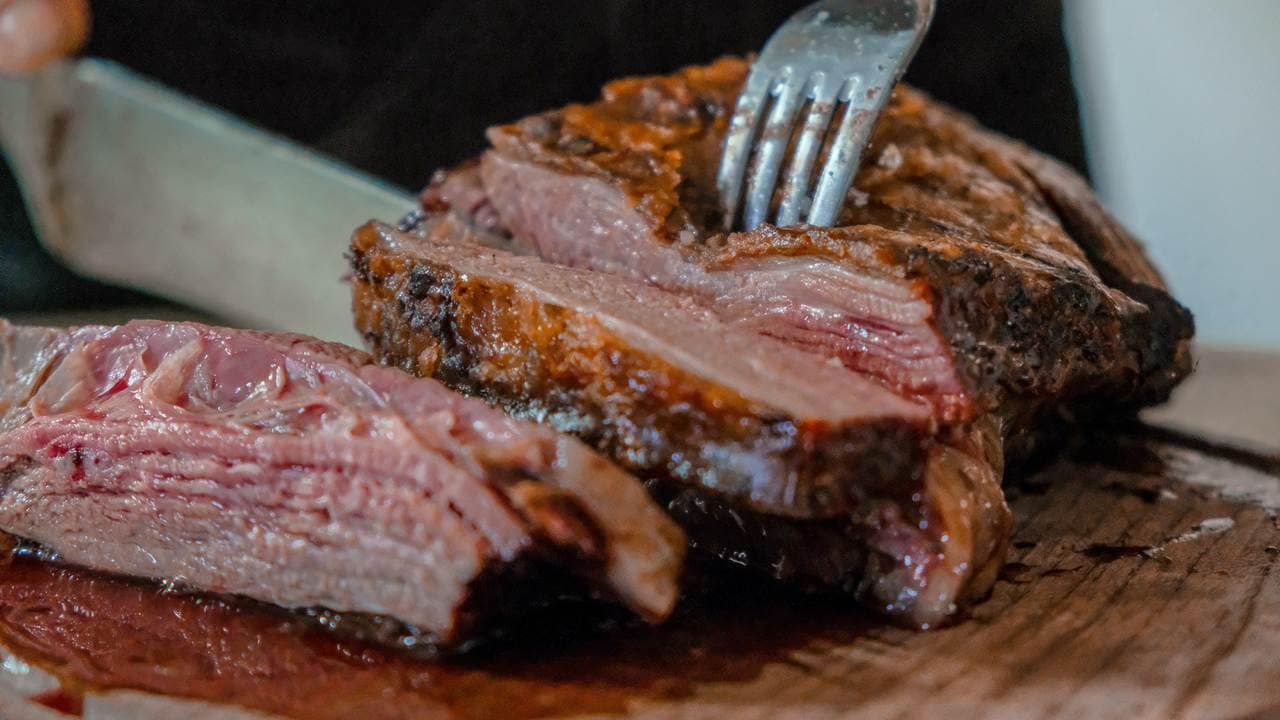 A person cutting a steak.

The dispute lays bare problems with nutrition research long acknowledged in the scientific world: Nutrition studies are almost never conclusive, and whatever supposed risk and benefits there are to any food are often oversimplified.

Now health experts are wrestling with how solid scientific findings should be before guidance is issued, how to address biases that might skew conclusions and whether the pleasure we get from eating should be considered.

The scrutiny is likely to spill over to other dietary advice as obesity becomes an ever more critical public health concern, and people become increasingly frustrated with flip-flopping messages.

The papers analyzed past studies on red and processed meat and generally corroborated the links to cancers, heart disease and other bad health outcomes. But they said the chance of any benefit from eating less of them appeared small or negligible.

For every 1,000 people, for instance, cutting back on red meat by three servings a week was linked to seven fewer deaths from cancer. For some other health measures, like strokes, the difference was smaller or nonexistent.

What’s more, the researchers said there’s little certainty meat was the reason for the differences.

Uncertainty is common in nutrition research. Many studies about food and health are based on links researchers make between people’s health and what they say they eat. But that doesn’t prove one causes the other. If a thin person loves cereal and eats it nearly every day, for instance, that doesn’t mean cereal is the reason they’re thin. Health experts who defend advice to cut back meat say the researchers were applying an unreasonable standard — evaluating the strength of the meat studies with a method intended for medical studies, where a specific dose of drug can be tested under controlled conditions.

With nutrition, they say it’s impossible to conduct studies where people’s diets and lifestyles are controlled and monitored over long periods. They say the statistical signals they see in nutrition studies are meaningful, and that people should be given guidance on the best available data.

THE PERSON VS. THE POPULATION

If it’s true that there would be seven fewer cancer deaths for every 1,000 people who cut back on red meat, then it is also true that 993 of those people would not see that benefit even if they ate fewer burgers.

For many public health experts, the potential for those seven fewer deaths is worth making a broad recommendation to limit meat. Across an entire population, the numbers could add up to many lives saved.

But the question is where to draw the line, and at what point the potential benefit is too small and uncertain to ask people to change their behavior.

The authors also argue the individual being asked to change their behavior should be considered. For those who regularly eat and enjoy meat, cutting back on it may seem drastic if all they are getting in return is small reduction in risk, if any at all.

“Recommendations should consider the values and preferences of people who actually bear the consequences,” said Bradley Johnston, lead author of the papers, who specializes in research methodologies.

Given the uncertainties of nutrition science, another long-running concern is the potential for findings to be skewed by personal beliefs or financial incentives.

The latest papers were no exception, with critics and supporters each pointing to factors that could have influenced the others’ position.

Critics noted Johnston, the lead author, undermined another dietary recommendation in the past. He previously led a study funded by the food industry that challenged guidelines to limit added sugars, which serves the interests of many food companies. That paper initially said the authors independently wrote the plan for the study. After emails obtained by the Associated Press showed the industry group sent “requested revisions,” the paper was corrected to say the group reviewed and approved the plan. A team of international researchers recently rattled the nutrition world by saying there isn’t enough evidence to tell people to cut back on red or processed meat, seemingly contradicting advice from prominent health experts.

Johnston and supporters of the papers countered, saying critics have long advised people to limit meat and could feel the need to defend their position.

The back-and-forth underscores the difficulty of ruling out the biases any researcher is likely to have, given the amount of industry money in nutrition research and the strong beliefs people often have about food.

Meat is an especially polarizing topic, given the animal welfare and environmental consequences that come with it.

That could further confuse people about who or what to believe, or they just focus on research that backs up what they want to believe.

Wherever researchers stand on meat, there’s agreement that the nuances of nutrition science often get lost in translation. Foods are often labelled as good or bad, even when researchers try to be nuanced.

Take red meat. The advice to “limit” it often doesn’t specify by how much, which could lead people to think cutting back is good regardless of the context. But in poorer countries, red meat might help improve diets. In richer countries, Willett said the benefits of cutting back would vary depending on what replaces it, and that pizza might not be an improvement.

Still, Willett and others who criticized last week’s papers say the many Americans who eat red meat once a day or more could benefit from eating less.

There’s no consistent recommendation for an acceptable amount. The American Cancer Society’s experts say “a few” servings a week or less. A study by Willett, which also addressed the environmental impact of food, advised a limit of one serving a week.

Public health experts want to give people advice that’s easy to communicate. But most acknowledge that doing a better job of conveying nuances and uncertainties could help prevent mistrust and confusion.

SO WHAT SHOULD WE EAT?

Already, the U.S. dietary guidelines have backpedalled on advice to limit total fat, which has been blamed for encouraging people to eat too much pasta and cookies.

In the years since, the guidelines have focused on the saturated fat found in foods like meat, butter and some packaged foods, saying it should be limited to 10 percent of calories.

As advice around specific foods changes, health experts have increasingly focused on the importance of overall diets. Some note focusing on single foods, which often have a complex mix of nutrients, can also distract from a simpler message: Don’t eat too much, since eating more calories than you burn makes you gain weight.

“If everyone would just pay attention to that one, we would solve a lot of problems,” said Marion Nestle, a professor of nutrition and food policy at New York University.