Opioid overdose deaths are 85 percent higher in towns where auto factories have shut down, a new study has found.

“We were broadly interested in the correlation between economic opportunity and health,” Dr. Atheendar Venkataramani, the University of Pennsylvania Perelman School of Medicine professor who led the study, told FOX Business. “We are trying to understand whether the fading American dream has an impact on health. While our study is specific to the auto industry, it serves as an exemplar to what’s going in the manufacturing industry as a whole.” 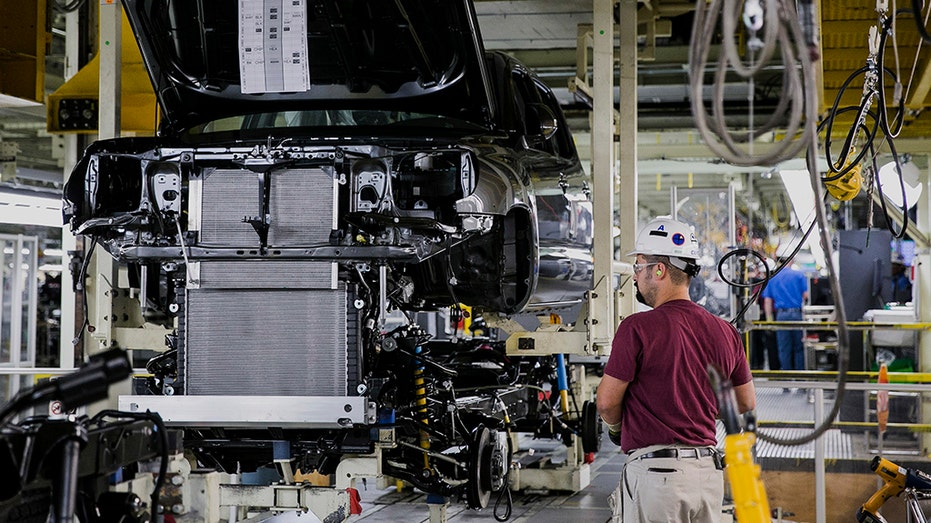 A worker lowers the body of a truck onto its chassis on the frame assembly line at the Toyota Motor Corp. manufacturing facility in San Antonio, Texas, U.S., on Monday, March 24, 2014. T.J. Kirkpatrick via Getty Images

Five years after a plant closure, opioid overdose deaths increased at a rate of 8.6 individuals out of every 100,000, which is an 85 percent increase compared to the mortality rate in counties where factories did not close, according to the study.

“I was a primary care doctor, and now I’m a hospitalist,” he said. “I would see patients who just seemed distraught and uninterested and taking on unhealthy behaviors because they felt like there was no real path for them” in areas where jobs, such as the manufacturing jobs in question, disappeared.

“It was really demotivating for people,” Venkataramani said, which is why he, as a doctor who wants to improve his patients’ health first and foremost,  embarked on this study. He added that he was in graduate school around the time a number of auto plants across the U.S. began closing and the opioid crisis was taking off, and so the correlation between the two topics was the next ideal topic for him to study. 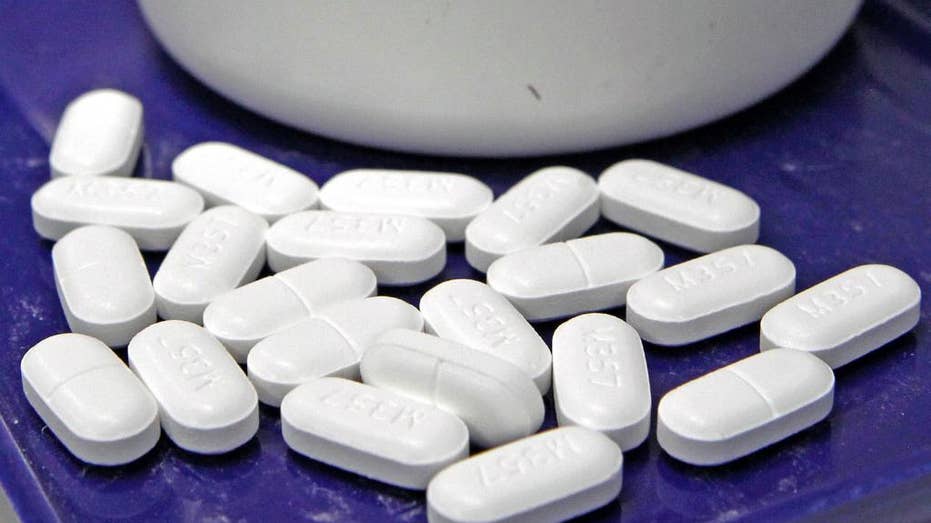 Pills of the painkiller hydrocodone at a pharmacy in Montpelier, Vt. (AP Photo/Toby Talbot, File)

Venkataramani said what’s particularly interesting about the overlap between the loss of U.S. auto manufacturing jobs and opioid overdose deaths is the mutual interest of various different types of people and news outlets.

“This is something that concerns people both the right and the left,” he said. “As a physician, my interest is in helping my patients.”

The opioid crisis has swept through the U.S. at an alarming rate since the early 2000s.

About 66 percent of all drug overdoses involve an opioid such as prescription painkillers, heroin and fentanyl. The number of deaths related to these drugs is nearly six times higher than it was in 1999. In 2019, opioid overdoses killed more than 47,000 people in the U.S., according to the Centers for Disease Control and Prevention.

U.S. manufacturing jobs employed more than 19 million people at its peak in 1979 and then fell about seven percent by the late 1980s. Since then, 7.5 million manufacturing jobs have been lost in the U.S. More specifically, 2 million jobs were lost between 1980 and 2000, and 5.5 million jobs were lost between 2000 and 2017, according to the U.S. Bureau of Labor Statistics. 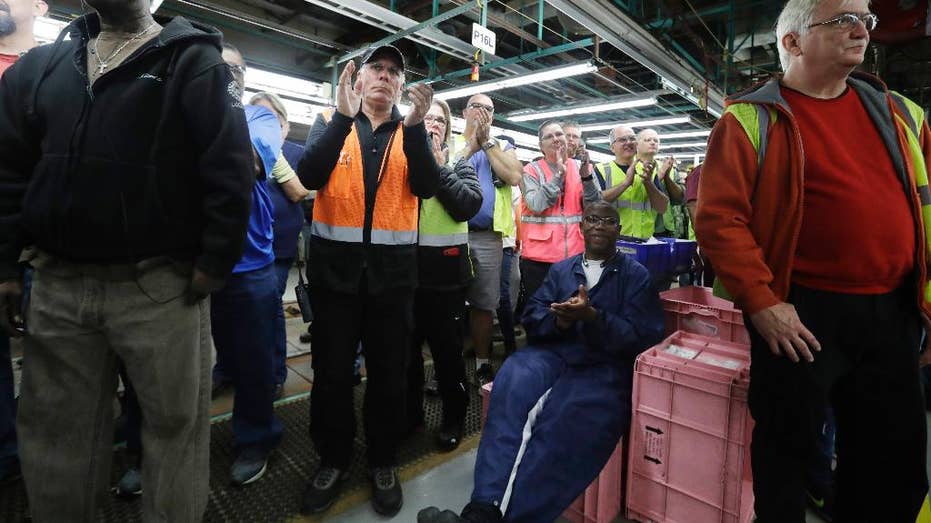 “A set of economic opportunities that were historically meaningful and available to a number of generations were suddenly gone,” Venkataramani said in regard to the recent steady decline of manufacturing jobs that used to employ tens of millions of Americans, which he says is due in part to factors like foreign trade and more demand for high-skilled jobs in the U.S.

“With manufacturing declines, the types of jobs that employ people with those skills — it’s not like there’s something that can come in and fully replace that void,” he said. “Over the course of the last few decades, the U.S. economy looks like a lot more high-skilled jobs. … The economy has just been evolving, and nothing has replaced the manufacturing sector.”

GET FOX BUSINESS ON THE GO BY CLICKING HERE

Researchers studied 112 manufacturing counties located in 30 commuting zones primarily in Southern and Midwestern areas that had at least one operational auto plant as of 1999.

Of those counties studied, 29 were exposed to an assembly plant closure while 83 were not. 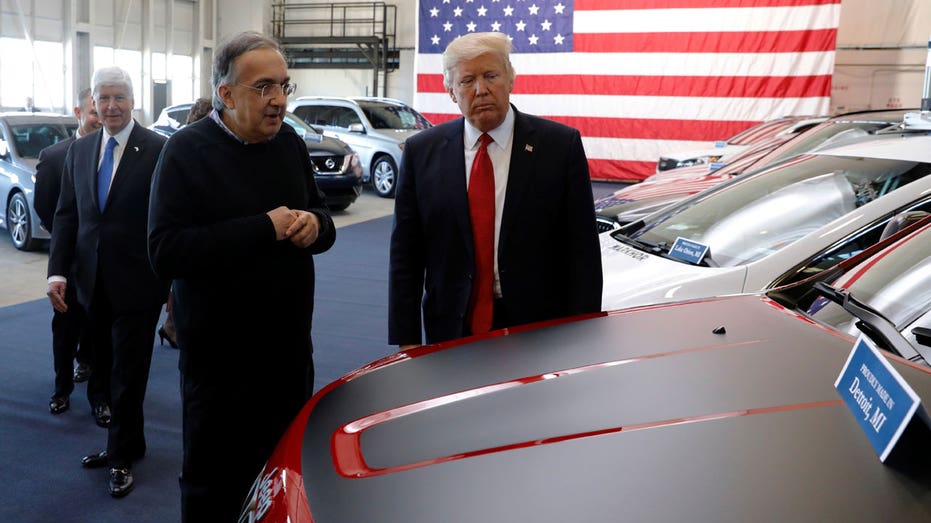 “The contraction of the American dream was gone in these areas,” which is why his study found that people in states like Michigan and Wisconsin, where communities have depended upon manufacturing for several decades, were suffering the most with keeping up their health, Venkataramani said.

He added that individual communities are dealing with these issues in different ways. In Kentucky, for example, where coal mining jobs have also steadily decreased over time, two local entrepreneurs created a software developing company called Bit Source that aims to train former coal miners to become learn code.

“Does a loss of economic opportunity always have to lead to poor health? I don’t think that’s the case,” Venkataramani said.

He continued to explain that while many have concerns about what artificial intelligence will do to the U.S. economy and whether it will take jobs away from Americans and nobody knows exactly what the future of AI looks like, the U.S. has gone through major economic and occupational changes before and still came out strong.

“If we know displacing humans from work is potentially devastating for health and other social indicators, is there a way to move toward AI that will complement humans rather than displace them?” Venkataramani asked, adding that AI has the potential to make jobs done by humans more productive and safe.