Skip to content
Home > > Organs too risky to donate may be safer than we think. We crunched the numbers and heres what we found – MENAFN.COM

Organs too risky to donate may be safer than we think. We crunched the numbers and heres what we found – MENAFN.COM

(MENAFN – The Conversation) Organs from potential donors once rejected as being unsafe to transplant may not be as risky as once thought, new Australian research shows.

Our study,publishedin the Medical Journal of Australia, suggests organs from injecting drug users or men who have sex with men, for instance, could safely open up the pool of available organs. That’s so long as donors test negative for blood-borne infections, such as HIV, and hepatitis B and C.

Currently, organs from this and other groups considered high risk are often rejected outright, for fear of transmitting hidden infections to the recipient.

If transplant criteria were based on viral status rather than belonging to a particular group, we estimate this could mean up to 30 more people could receive a transplant a year in NSW alone.


Read more:
Why are only some viruses transmissible by blood and how are they actually spread?

Which high-risk groups are usually rejected as donors?

Many infections can potentially be transmitted as a result of an organ transplant. But this happensvery rarelydue to strict governance, involving careful screening and selection of donors.

Blood-borne viruses, such as hepatitis B, hepatitis C or HIV, are a particular concern, because historically these had the most potential to have devastating consequences for the organ recipient.

Some potential organ donors have behaviours that put them at increased risk of infection.Nationalandinternational guidelinesperceive high-risk groups for these viruses to include:

People from these groups areoften declinedas organ donors, even when tests for blood-borne viruses are negative, and sometimes without even being tested.

That’s because of the worry about the risk of the donor being recently infected but that infection not yet showing up in blood tests. This is know as the ‘window period’. If a window-period infection occurred, people could unwittingly transmit the virus.

When we used Australian data, here’s what we found

So how big a risk are we talking about?

Until recently, Australian guidelines have relied on US estimates of risk, although there are important differences in the prevalence of blood borne viruses in the US and elsewhere compared with Australia.

We believed the risk of window-period infection in Australia was likely to be lower, possibly much lower, than was appreciated. So, we were concerned some potential donors might be turned away who could actually have donated safely.

So, we identified data from sources including journal articles, government reports and conference abstracts between Jan 1, 2000 and Feb 14, 2019 to see how common blood-borne viruses were in people with high-risk behaviours in Australia.

We found, as expected, men who have sex with men have the highest risk of HIV in Australia. But for each person who tests negative for HIV, the risk of transmitting the virus was around one in 6,500. This is lower than the US estimate, which sits atone in 2,500 . The difference was more pronounced for injecting drug users in Australia, where one in 50,000 would have a window period infection, compared to one in 2,000 in the US.

The window period risk was higher for hepatitis C. Among the riskiest groups, this was around one in 500, similar to overseas studies. There were no studies overseas to compare to for hepatitis B. We found the risk of a window period infection was at most one in 200 from the riskiest group (although we may being cautious and over-estimating this risk).

What does this mean?

First, we suggest all potential organ donors with high-risk behaviours be assessed with the test that gives the shortest window period, to minimise the chance of missing a recent infection. 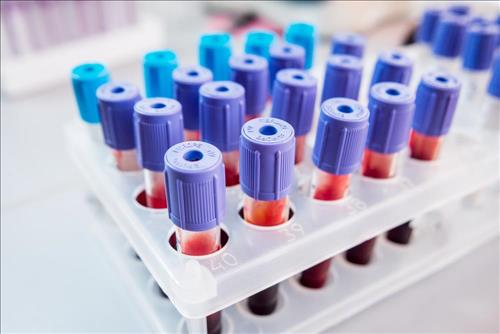 All potential donors with an increased risk of infection should have blood tests, then their risk of transmission assessed.
from www.shutterstock.com

This means testing for the presence of the virus itself (via DNA or RNA testing) rather than relying on tests that look for markers of infection (serological testing).

For potential donors who test negative, our data can be used to help clinicians put the small risks of infection transmission in context for organ recipients.

For most people, an organ transplant is the best treatment for organ failure and can be life-saving.

For people withkidney failure , the alternative is dialysis. But this gives shorter survival, poorer quality of life, and incurs higher costs to the health system than treatment with a kidney transplant. For the heart, liver and lungs, there are no other long-term options; without a transplant, people whose organs fail will eventually die.

But there are not enough organ donors to go round. Around1,500 Australiansare waiting for a transplant.

Even so, the option of receiving a donor organ with even a very small risk of transmitting infection may not seem immediately appealing. But this needs to be balanced against the considerable health consequences of foregoing a transplant and remaining on the waiting list. 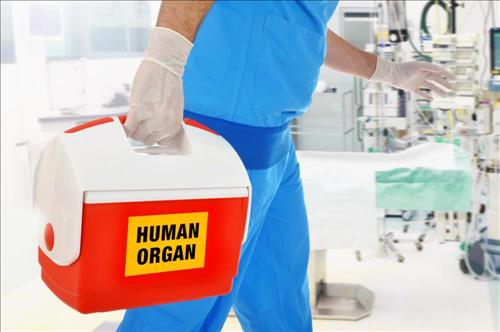 For most people, an organ transplant is the best treatment for organ failure and can be life-saving.
from www.shutterstock.com

In 2018 in Australiathere were 554 deceased donors who donated organs to 1,543 transplant recipients. Over the same period, 39 people died while waiting for a transplant, and a further 236 were removed from the waiting list due to ill health.

Even with our newly calculated low risk of transmission, there are ways of minimising the risks further, or with new treatments, curing the viral infections if they are transmitted.

For instance, with HIV, medications could be provided to recipients, to further reduce the risk of transmission. If the recipient develops hepatitis C, there are now drugs that can cure it completely. And, for hepatitis B, many people are now vaccinated, which prevents transmission.

Donors at increased risk of blood-borne viruses are used internationally.

In the US,over 25% of organ donorsnow fit these criteria, mainly due to the opioid epidemic and associated increased deaths from overdose.

This strategy has led toan increasein hepatitis C transmissions from donors to recipients. But hepatitis C can be cured with aneight-week course of treatment , even among transplant recipients.

Researchers have also shown anincrease in survivalfor patients who accepted kidneys from people at increased risk of viral infection compared to those who opted to remain on the waiting list.

Does this mean more people could have transplants?

So could our work make a tangible impact on the number of Australians receiving transplants?

Our preliminary work suggests there could have been up to a5% increase in donors in NSWalone between 2010-2015, if we had accepted donors with risk behaviours but negative test results. There could have been five more donors a year, who can each donate to up to six recipients (so up to 30 additional recipients a year).

Our early results on the risk of infection were recently incorporated intonational guidelinesproduced by the Transplantation Society of Australia and New Zealand for organ transplantation.

In Victoria, people waiting for a kidney transplantcan now consentto receiving organs with these risks when they are put on the waiting list.

We hope our research sparks discussion among patients and doctors to consider what risks are important to patients, and where their values and preferences lie. Better evidence for decision-making should certainly help.