Mothers more engaged during active play with their infant children do a better job protecting them from obesity.

What’s more, nurturing mothers also can help buffer their offspring from entering abusive relationships once they reach their teens.

These are the findings of two new University at Buffalo studies that will capture international attention in coming weeks.

“It’s kind of cool that two studies show the importance of maternal warmth, of being respectful to your partner and your child,” said Jennifer Livingston, lead investigator of the new abusive relationship study and associate professor in the UB School of Nursing.

Both research studies took root in the university Clinical and Research Institute on Addictions, following mostly children born to parents who used alcohol, cocaine or other drugs. Each concluded that even under those circumstances – which raise the risk of child obesity, as well as being part of an abusive relationship – a supportive, respectful primary caregiver can lower those risks.

“If we can see these effects when you mitigate the negative consequences from the womb, you can only imagine the effect this could have for the typical population on mental health and physical health,” said Kai Ling Kong, lead author of the obesity study and assistant professor of pediatrics in the Division of Behavioral Health at the UB Jacobs School of Medicine and Biomedical Sciences.

Both studies flowed from the work of addictions institute Director Kenneth Leonard and Rina Das Eiden, a senior research scientist who left UB several weeks ago for Penn State University. For nearly two decades, the duo collaborated on studies involving families where either a father abused alcohol or a mother used drugs.

Both studies followed dozens of children throughout childhood and into early adulthood, tracking family dynamics for up to 18 years.

Kong will present findings from her study –  which will soon be published in the medical journal Obesity – on Tuesday during ObesityWeek in Las Vegas. The gathering includes more than 4,000 leading obesity researchers from around the world.

Those researchers for decades have tended to study the nutritional side of weight gain.

“We have to look at someone’s environment as a whole; we can’t just look at food itself,” said Kong, who spends part of her research time on other related behaviors.

She said she was thrilled when she learned during a conversation with Eiden that the addictions researcher had taken height and weight measurements during portions of her work studying the impact on children of mothers who used alcohol, cigarettes, marijuana and cocaine, or a combination, during pregnancy.

Such drug use hikes the lifetime risk for children of conditions that include diabetes, heart disease and some cancers – as well as obesity.

“Our study shows that it is possible to mitigate the effect of these exposures during early childhood by warmth, responsive and sensitive parenting in one’s home environment, especially in active play,” Kong said.

She and study co-author Rocco A. Paluch, of the UB medical school, culled through data from 172 families. More than 80% of mothers in the study were receiving temporary assistant benefits and 85% were single. More than 95% engaged in substance use during pregnancy. After birth, the infants weathered other stresses because of challenges faced by their mothers. One in four moms ended up being replaced during the study period by other primary child caregivers. 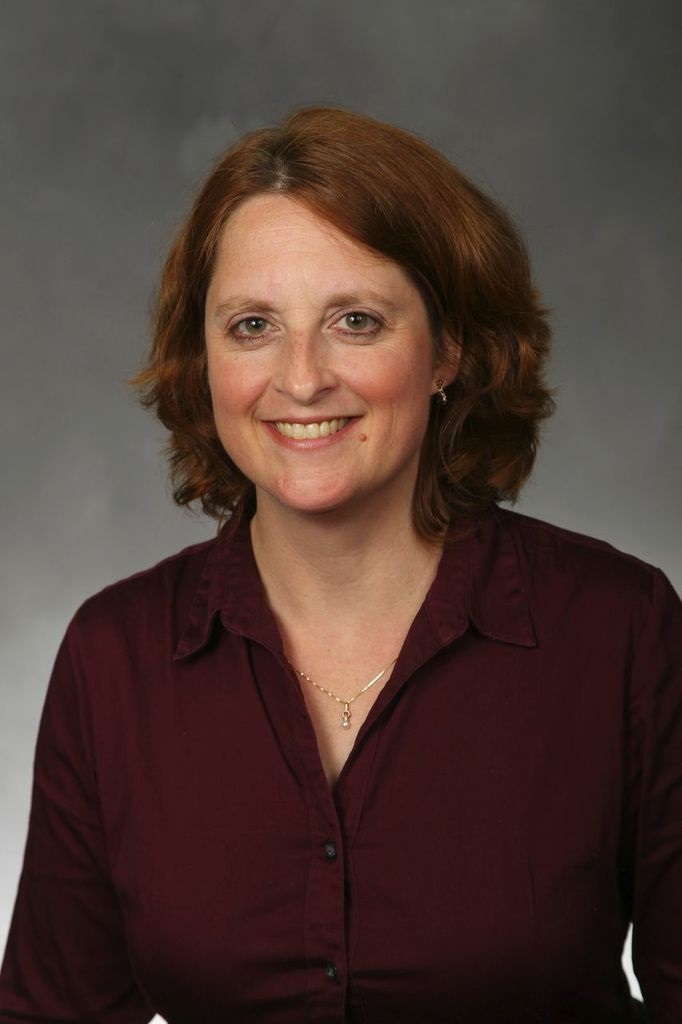 “It’s important for adult partners to have a healthy relationship where they can communicate effectively with each other and treat each other with respect, especially in front of the kids,” says Jennifer Livingston, lead investigator of the new abusive relationship study and associate professor in the UB School of Nursing. (Photo courtesy of UB)

Eiden led the research that from 2000 to 2003 videotaped primary caregivers interacting with the children at ages 1 month and 7 months during feedings, as well as engaging in interactive play during non-feeding times. They measured facial expressions, body language and verbal cues to determine which of the caregivers were most engaged.

Kong culled the height and measurements of the children, in some cases taken for up to eight years, and found that more than 36% of children whose caregivers were less engaged during the first year became obese, almost twice the national average rate for childhood obesity.

The results suggest that children need comfort and can quickly learn to find it from food if it doesn’t come from elsewhere.

“We talk a lot about how stress can produce obesity,” Kong said. “Emotional eating is a real thing and when children at such a young age engage in personal activity with their parents, perhaps that ultimately reduces stress.”

Meanwhile, Livingston led another UB research team which concluded that a mother’s warmth and acceptance toward her teens may help prevent them from being in an abusive relationship later in life. The study was published this month in the Journal of Interpersonal Violence.

The researchers relied on a UB addictions institute study that followed 227 families, the majority of which included fathers who abused alcohol. The study stretched from 1996 until 2014, and queried parents and teachers, as well as children up to age 18, about a variety of behaviors.

“We were looking to see if kids who are witnessing a lot of family conflict in their teens are more likely to be involved in aggressive relationships themselves,” Livingston said.

The study focused on surveys filled out by 144 children in grades eight and 12. Researchers found that marital conflict was a greater predictor than alcohol abuse when it came to relationship aggression.

When a mother was warm and accepting, or at least when a teen perceived they were, “those teens tended to be more secure,” she said. In those cases, teens exposed to lots of marital conflict were no more likely to be involved in abusive relationships than other teens surveyed.

Conflict is natural at times, so parents shouldn’t see the study as a message to stifle feelings. That can breed resentment, Livingston said. “It’s unrealistic to think that parents are never going to argue but it’s got to be done in a way that’s constructive and respectful and nonthreatening.”