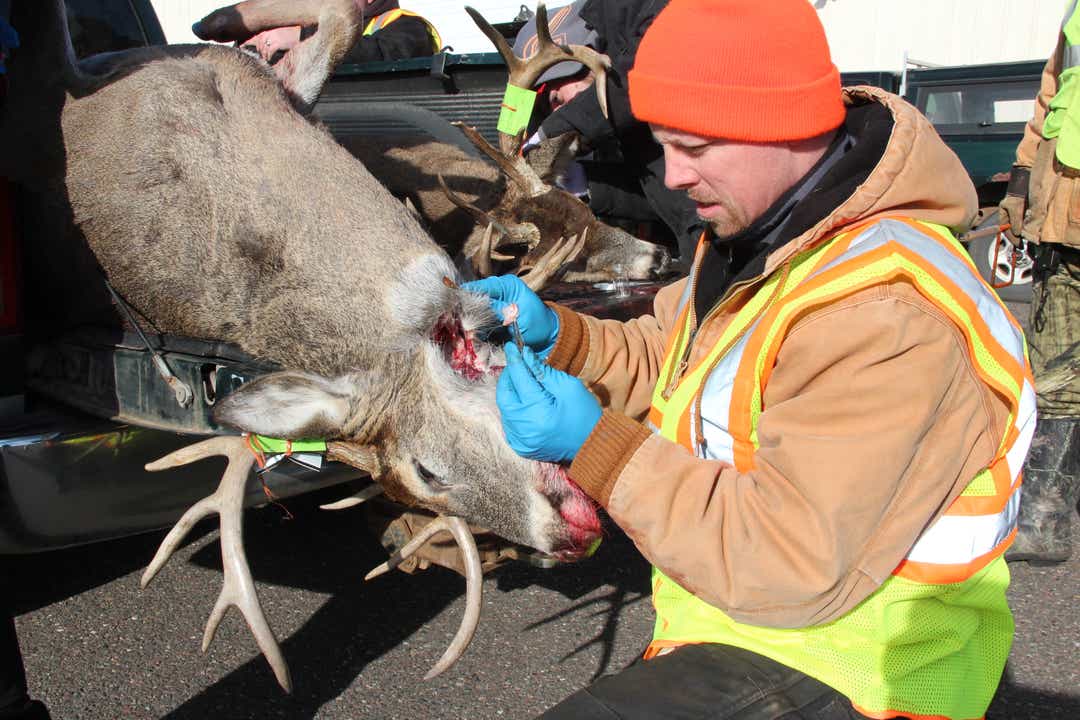 If you have any doubt about the status of chronic wasting disease in Wisconsin, know this – it’s spreading.

And right behind that, know that in areas where it’s found in the Badger State, CWD is increasing in prevalence.

No matter what you’ve heard or think about the fatal deer disease, let those words sink in.

They are as scientifically irrefutable as the sun rising in the east and setting in the west.

I emphasize these CWD facts today because a recent poll showed an alarmingly high percentage of Wisconsinites believe something else.

A Marquette University Law School Poll released last week found more than half of state residents interviewed believed CWD was staying about the same or decreasing.

Only 27% correctly said CWD was increasing.

And what’s worse, deer hunters in the sample, who should be among the most well-informed on the subject, were about as wrong on CWD as the general public. 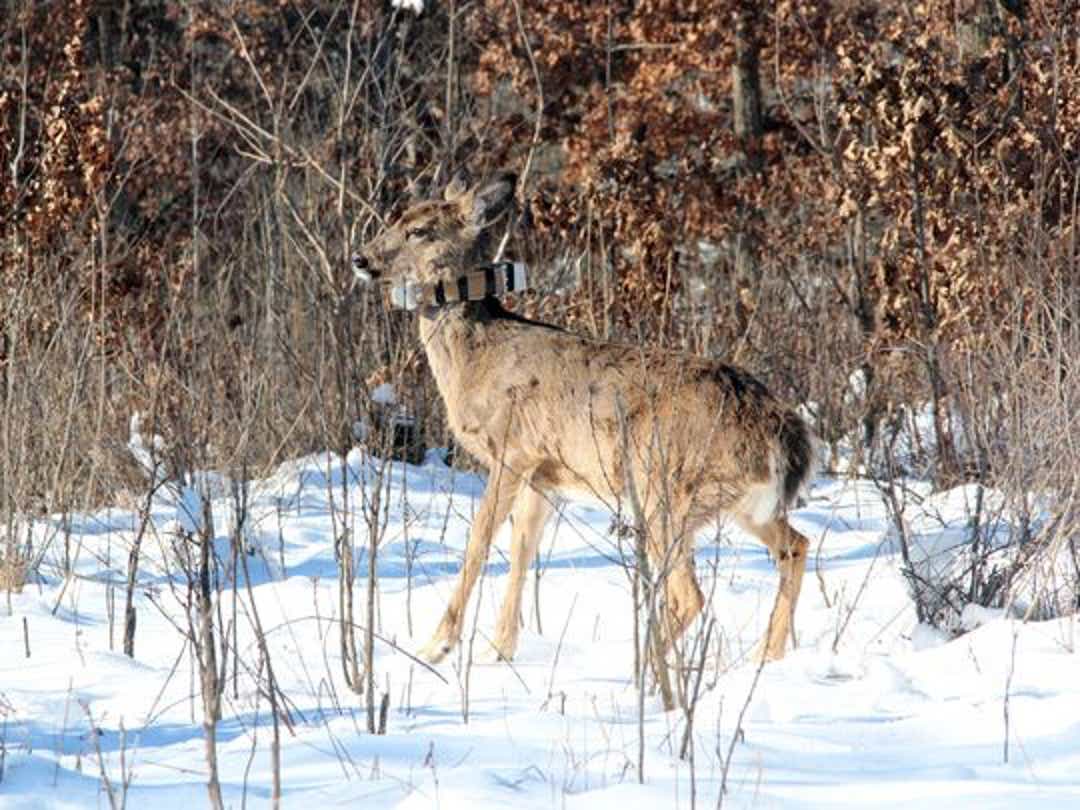 Of the respondents, 38% were hunters or had at least one deer hunter in their household.

The poll results showed a stunning disconnect from CWD reality in the state.

Before last week, I would have thought the same percentage of state residents would have known CWD was increasing as would have identified the Packers as the resident professional football franchise in Green Bay. In other words, about 100%. 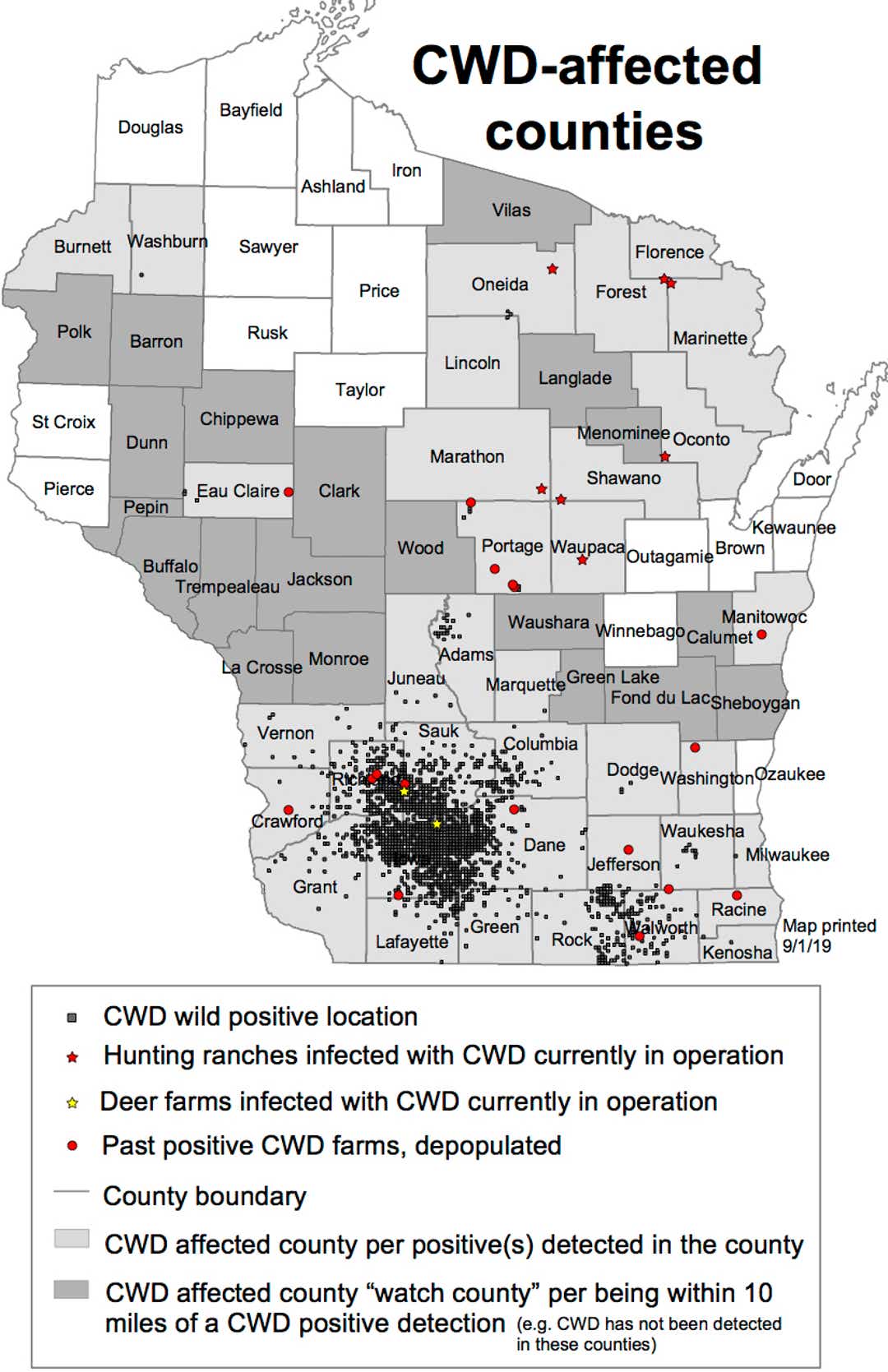 Evidently CWD facts have not spread as widely or taken root as deeply as the disease.

So to take it from the top, I asked Bryan Richards, emerging disease coordinator with the U.S. Geological Survey’s National Wildlife Health Center in Madison, to assess CWD in Wisconsin.

“The science is clear and it shows that CWD is increasing in Wisconsin,” Richards said. “The disease is expanding its footprint and increasing its prevalence.”

How is this known? Since 1999, the Wisconsin Department of Natural Resources has tested 228,995 white-tailed deer for CWD, including about 40,000 in 2002, the year the disease was first identified in the Badger State in three hunter-killed deer taken west of Madison.

The Department of Agriculture, Trade and Consumer Protection has also monitored CWD in captive deer at farms and shooting preserves.

The DNR’s data set on CWD in wild deer is the largest of any state or province.

“The data doesn’t just suggest an increase,” Richards said. “It clearly shows it.”

In 2002, ramped-up statewide testing found CWD in four Wisconsin counties, according to the DNR.

In 2019, 34 counties have had at least one CWD-positive deer, either wild or captive.

In several of these closely-watched areas in southwestern Wisconsin, about 50% of the adult bucks are CWD-positive. And so far, the prevalence rates have only increased. 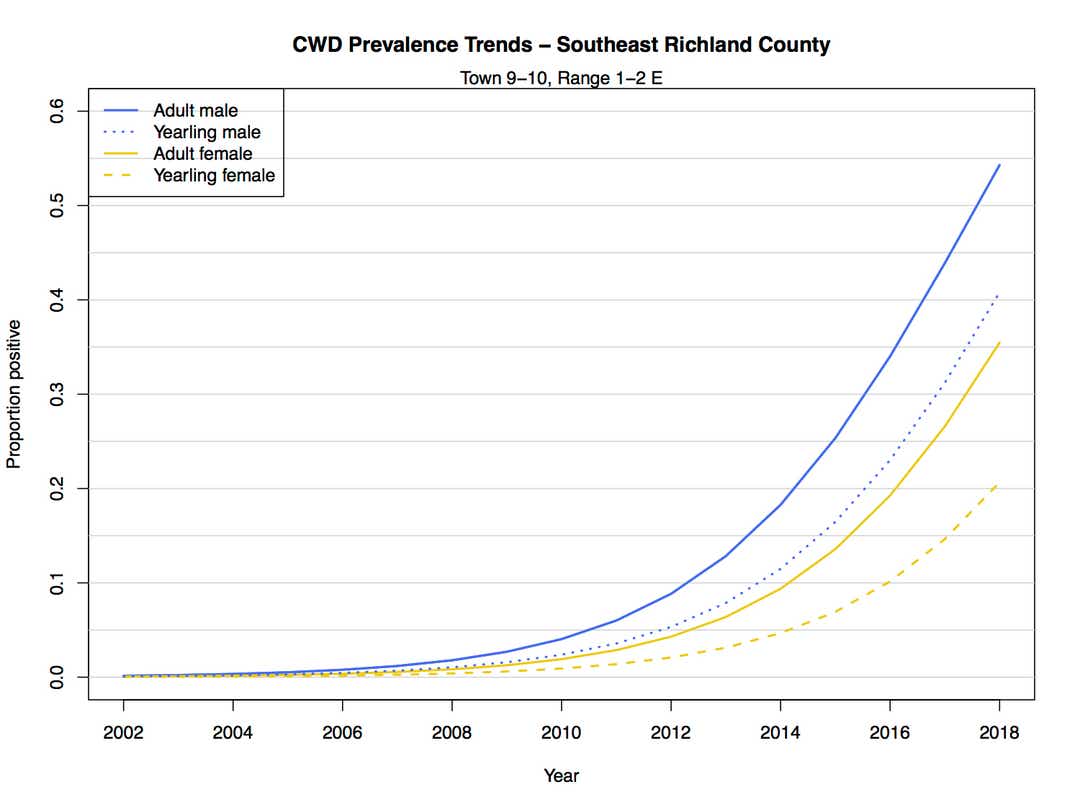 When viewed from a continental or even worldwide perspective, the spread of the disease is also apparent.

In 2001, CWD had been found in free-ranging deer in only three states (Colorado, Nebraska and Wyoming) and in captive elk in six states and one province of Canada (Colorado, Kansas, Montana, Nebraska, Oklahoma, Saskatchewan and South Dakota).

In 2019, CWD has been confirmed in captive and/or free-ranging deer or elk in 26 states and four provinces, as well as Finland, Norway, South Korea and Sweden.

This is what diseases typically do – they spread.

If you had any doubts or misconceptions, I hope it’s now clear that CWD is increasing in Wisconsin.

Why should anyone care?

“I believe (CWD) to be the most serious threat facing wild deer and elk populations in North America today,” Schuler said in June at a Congressional hearing in Washington, D.C.

On the people side, the disease can erode trust between the public and natural resource managers, Schuler said. Some studies have linked it to a decline in hunting license sales.

With regard to wildlife, studies in western states have associated CWD with population-level declines in deer and elk herds. 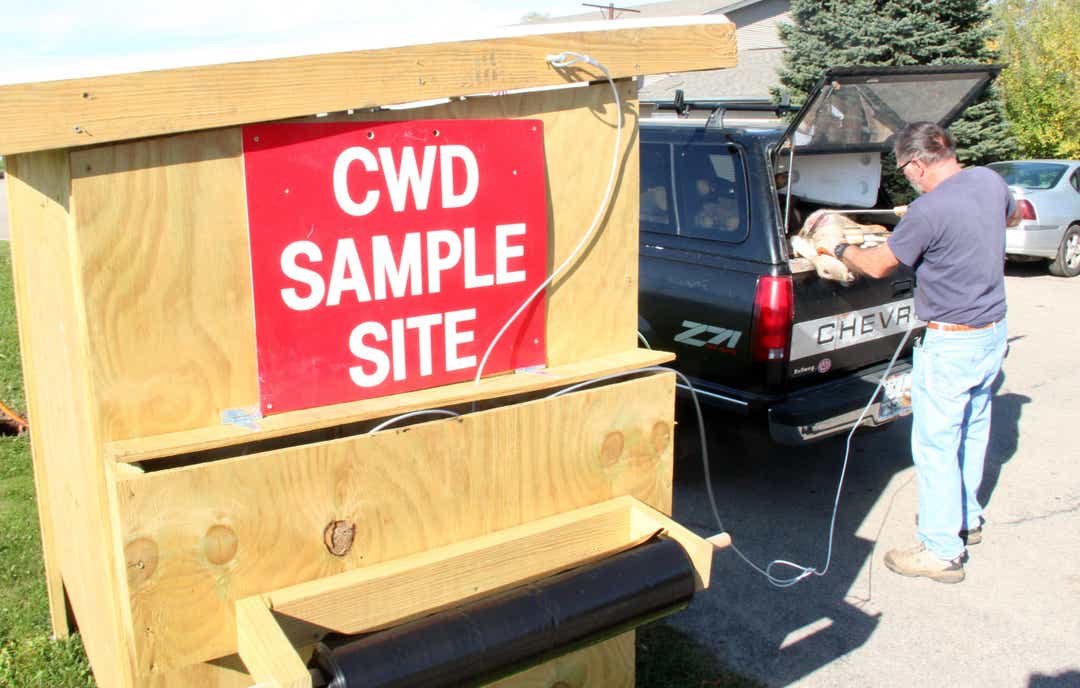 White-tailed deer with CWD in southwestern Wisconsin died at twice to three times the rate of uninfected animals during 2017 and 2018, the first two years of a DNR study.

Since it’s caused by an infectious prion, or mis-formed protein, it can’t be treated like a virus or bacteria. There is no known cure.

The CWD prions can persist in the environment for many years, according to researchers, and even be taken up by plants.

Experiences around the nation over the last two decades show that once CWD is found in an area, it’s extremely difficult, if not impossible to eradicate.

The good news so far is CWD has not been linked to illness in humans or livestock.

These are among the CWD facts as best they are known in 2019. Some haven’t changed in decades while others have become clearer in recent years.

It included the goal of providing “timely, complete and accurate information about all facets of CWD to personnel of participating agencies and the public throughout the United States.”

That objective is time-honored and underlies all successful management plans.

For people to willingly take action or change behaviors, they must be informed of the consequences surrounding the issue.

There’s plenty of things we can do to help prevent CWD from reaching areas of Wisconsin it has yet to be detected.

That starts with the facts.