WASHINGTON (AP) — U.S. health regulators are warning that popular nervous system medications can cause dangerous breathing problems when combined with opioids and certain other drugs.

The Food and Drug Administration said Thursday it would add new warnings to packaging for Neurontin, Lyrica and generic versions, which are used to treat seizures, nerve pain, restless leg syndrome and other conditions.

The new labels will warn doctors against prescribing the drugs with other medications that can slow breathing, including opioid painkillers. The breathing risks also apply to elderly patients and those with existing lung problems.

The medications, known generically as gabapentin and pregabalin, are among the most prescribed in the U.S. Both physician prescribing and misuse have increased as doctors, hospitals and other health care providers have scaled back their use of opioids amid a national epidemic. 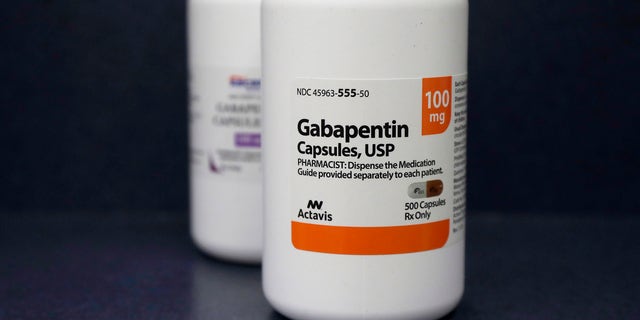 FILE – This Thursday, May 3, 2018 file photo shows bottles of gabapentin at a pharmacy in San Francisco. On Thursday, Dec. 18, 2019, U.S. health regulators are warning that popular nervous system medications known generically as gabapentin and pregabalin can cause dangerous breathing problems when combined with opioids and certain other drugs.
(AP Photo/Jeff Chiu)

Poison control centers have reported increased calls involving the nerve drugs, which are often abused in combination with opioids, cocaine and marijuana. Neurontin and related generics have long been considered nonaddictive and are not tracked as closely by regulators.

While the nerve drugs are not FDA-approved for conventional muscle and joint pain, doctors frequently prescribe them for those uses and others, including treatment of migraines and psychiatric conditions.

The FDA also said it will require drugmakers to conduct new studies of the abuse risks of the drugs, especially in combination with opioids.

The agency said it received nearly 50 reports of breathing problems linked to gabapentin and pregabalin between 2012 and 2017, including 12 deaths. While drugmakers are required to report problems to the FDA, it’s voluntary for doctors and patients.

This story was originally published by the Associated Press.