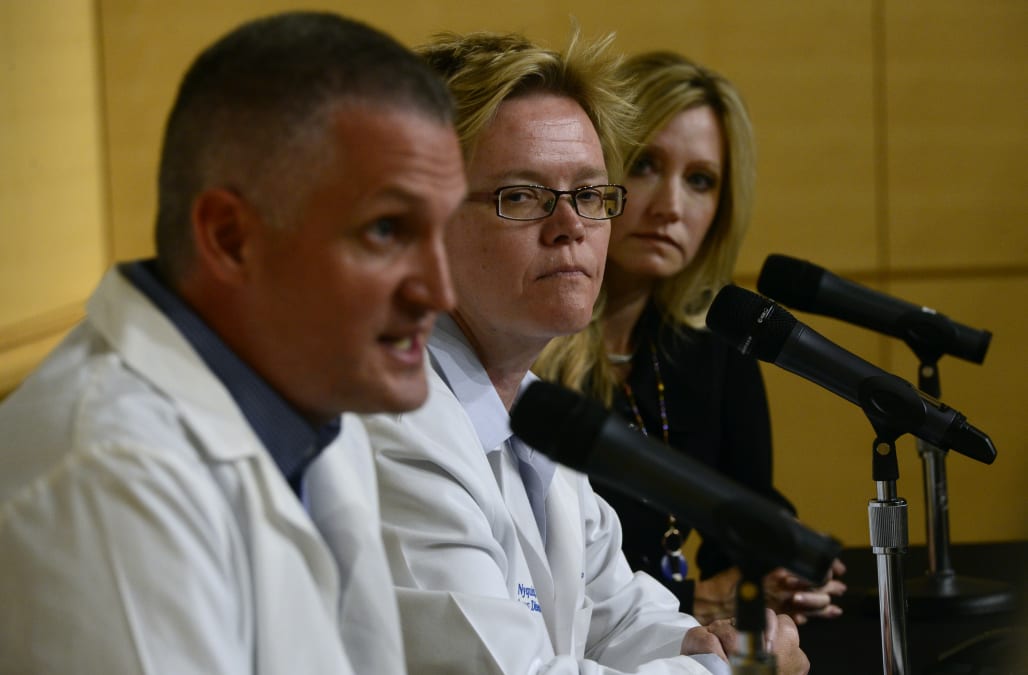 WASHINGTON (AP) — Scientists have found the strongest evidence yet that a virus is to blame for a mysterious illness that can start like the sniffles but quickly paralyze children.

The poliolike syndrome, called acute flaccid myelitis or AFM, is very rare. Since the first reports from California in 2012, the U.S. has experienced an increasingly bigger outbreak every other year, from late summer into fall.

Doctors have a chief suspect but proof that it’s the culprit germ has been frustratingly elusive.

So researchers tried a new trick: They checked patients’ spinal fluid for signs the immune system had fought an invading virus. Sure enough, kids who got sick harbored antibodies that target enteroviruses, just the viral family specialists believe is to blame.

Nailing down a suspect is key to better diagnosis and eventually finding a way to prevent or treat the illness, said study co-author Dr. Riley Bove, a neurologist at the university whose own son developed AFM at age 4.

“If you don’t have a cause, you can’t have a vaccine,” Bove noted. Wilson developed “a good enough microscope, in a sense, to find things they suspected were there.”

Some 590 cases of the ailment have been confirmed in the U.S. since the Centers for Disease Control and Prevention began counting in 2014. Cases spiked that year and in 2016 and last year, with just a few in the intervening years. So far, there have been 22 this year.

Bove’s son, Luca Waugh, illustrates the pattern: His whole family caught a cold in the summer of 2014 — and a few days later, Luca woke up with weakness in his neck that traveled down his shoulder. Despite fast hospitalization, within days he had body-wide paralysis and trouble breathing. He recovered gradually, and today still has some paralysis in his neck, shoulder and arm.

Either a germ or the body’s reaction to a germ was damaging nerves in the spinal cords of patients like Luca. The CDC noted that AFM spikes coincided with seasons when certain strains of enteroviruses — named EV-D68 and EV-A71 — were causing widespread respiratory illnesses. The problem: Doctors seldom found those viruses in the patients’ spinal fluid, leaving doubt about the link.

Antibodies programmed to track specific germs only wind up in spinal fluid if they fought infection there — what Wilson’s team set out to find.

The researchers customized a Harvard-developed tool to search for evidence of hundreds of viruses simultaneously — including herpes, measles, chickenpox, Zika and a whole list of enteroviruses.  Add some spinal fluid, and any antibodies present would stick to their target, able to be identified.

In tests of spinal fluid from 42 AFM patients and 58 children with unrelated neurologic illnesses, only enterovirus-targeting antibodies emerged as the potential culprit. Nearly three-fourths of patients harbored them, compared to less than 10% of other children. Further work is underway to narrow down the specific strains.

Mysteries remain. Enteroviruses are hugely common, and doctors don’t know why only a tiny fraction of those infected develop the ailment, Williams said.

And as 2020 approaches, specialists are girding for another possible spike next summer. “There’s a lot of dread,” Bove said.

The Associated Press Health and Science Department receives support from the Howard Hughes Medical Institute’s Department of Science Education. The AP is solely responsible for all content.

Rosario Dawson and her family sued over alleged transphobic assault