Skip to content
Home > > Synthetic opioids have ravaged the US. They may do even more damage to Asia – CNN

Synthetic opioids have ravaged the US. They may do even more damage to Asia – CNN

It was a drug overdose.

Aroon had just injected what he thought was heroin with his friend Somchai, who recounted the ordeal to CNN.

Somchai said he took a larger hit but assumes his years of regular heroin use had given him a higher tolerance than Aroon. Somchai and Aroon are not their real names. CNN is using pseudonyms to protect their privacy.

Aroon was one of three people who overdosed from the same batch of drugs at the same harm reduction meeting in the Thai capital in September, said Pascal Tanguay, a Bangkok-based expert in drug issues and policy. All three survived.

Tanguay suspected the trio could have unwittingly taken fentanyl, the powerful synthetic opioid that has ravaged the United States in recent years.

So, he convinced one user to give him a small sample and tested the drug using strips he obtained from a US-based NGO. The results confirmed what experts have long feared — that fentanyl, the synthetic drug produced in vast quantities in mainland China, was being mixed with heroin in Thailand.

“This is the first indication we’ve had confirming that it’s in heroin supply in Bangkok,” said Jeremy Douglas, the United Nations Office on Drugs and Crime’s top official in Southeast Asia.

Douglas called Tanguay’s finding a “canary in the coal mine.” Fentanyl had shown in up the heroin supply in the closest major city to southern China and the Golden Triangle, the border region where Thailand, Laos and Myanmar meet that has long been notorious for drug production and vice.

Experts say the overdoses should alarm local authorities given how deadly
the synthetic opioid crisis has been in the United States in recent years.

An illicit fentanyl crisis on the same scale as the US would be “brutal” in Asia, Douglas said, due to a lack of public awareness campaigns, treatment facilities and a widespread ingrained perception that drug users are criminals.

“The United States was ready compared to Asia — this region is not ready,” he said.

The Thai Office of Narcotics Control Board did not respond to an email seeking comment for this story. 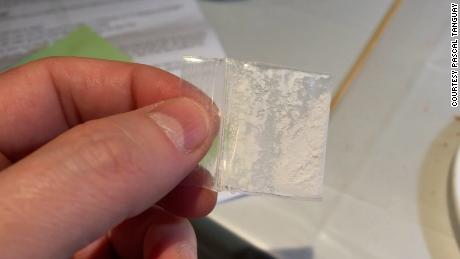 A new version of an old problem

Though fentanyl may be relatively new compared to heroin, both are opioids: a class of drugs with a long, dark history in Asia.

Natural opiates sourced from poppy plants, like opium, have been consumed on the continent for centuries — both as a painkiller and smoked as a recreational drug.

The British empire made a vast fortune by sending opium from its Indian colony to customers throughout Asia. Rulers in China and Southeast Asia unsuccessfully fought to eradicate the opium trade, unable to counter the incredible economic and military might of the British empire and its trading arm, the British East India Company.

Most notably, the emperor of the Qing dynasty in China attempted to make opium trade and cultivation illegal. In response, Britain went to war to keep its largest opium market and won, a loss the Chinese still consider a humiliation today. And for much of the 20th Century, the majority of the world’s opium and heroin came from the Golden Triangle.

“Southeast Asia and China have had a longstanding history of opium abuse,” said Bryce Pardo, a researcher at the RAND Corporation who focuses on drug policy. “It is entirely possible that you could see a return to those long-running, entrenched drug-use patterns, just with new chemicals.”

Synthetic opioids like fentanyl are made to
mimic the chemical structure of poppy-based drugs. Both bind to the areas of the brain that control pain and emotions, driving up levels of the feel-good hormone dopamine in the brain’s reward areas and producing an intense feeling of euphoria.

As the brain becomes used to the feelings, it takes more and more of the drug to produce the same levels of pain relief and well-being, leading to depetndence and, later, addiction.

Synthetics opioids are much more potent than plant-based ones. And because synthesizing drugs is cheaper and more reliable than farming plants, they can be produced at a fraction of the cost. That’s part of the reason US pharmaceutical companies marketed prescription opioids aggressively ahead of the crisis in North America, experts said.

But the potency of these drugs eventually
led to many Americans getting hooked after being overprescribed opioids.
In 2005, nearly 15,000 Americans died of an opioid overdose. Within 10 years, the figure had more than doubled to more than 33,000. By 2017, it had reached 47,600,
according to the Centers for Disease Control and Prevention.
Pardo
said the opioid crisis in the US was unique because not many other countries “allow private interests so much power in terms of designing policies,” from the way corporations were permitted to market the drugs directly to consumers and lobby the government to assess hospitals on pain relief.

“The (pharmaceutical) industry oversold the benefits and really tried to hide the costs associated with prescription pain medications. And that’s particular to the United States,” Pardo said.

“We just overdid it when it came to treating pain in this country.”

Pardo and other experts say that Asia is believed to have millions of heroin users just based on the massive number of people that live in China, India and Southeast Asia.

But precise numbers are hard to come by due to a lack of research in the region and the stigma associated with drug use.

Though Pardo and Dogulas both said that Tanguay’s finding suggested at least some fentanyl has been mixed into the heroin supply in Bangkok, the experts who spoke to CNN agreed that it is incredibly difficult to paint an accurate picture of the regional situation.

There just isn’t enough data to determine if a synthetic opioid crisis is imminent or is already here.

But that doesn’t mean analysts are not concerned.

“Fentanyl mimics heroin. It’s far more profitable then heroin, so it’s a matter of time before it gets pushed into the heroin market,” said Douglas of the UNODC. “We’ve seen what the impacts can be. You don’t cut it right, you have (an) overdose. And this region is not ready for an overdose epidemic.”

Douglas said if drug dealers were to switch to fentanyl, they wouldn’t have to grow a new market — they’d just replace heroin, the already existing product, with something more powerful, cheaper to make and already produced nearby in China. It’s “more the model of Uber taking over a taxi fleet,” Douglas said.

That’s essentially what happened to one of the older group of heroin addicts affected by the opioid crisis in the United States, said Dr. Andrew Kolodny, a senior scientist at Brandeis University’s Institute for Behavioral Health and the co-director of the Opioid Policy Research Collaborative.

These weren’t people who became addicted to prescription pills. They are a group of mostly men who were still using after surviving the heroin epidemic of the 1970s and the AIDS crisis after, Kolodny said.

“These men managed to beat the odds for the past 40 or 50 years with their heroin addiction. Once illicit fentanyl emerged (in the heroin supply), deaths in this group began to skyrocket” because so many users were unwittingly overdosing, Kolodny explained.

Kolodny and the other experts interviewed by CNN worry Asia’s heroin users could start dying at similar rates if synthetic opioids go mainstream.

But a lot of questions about the rise of fentanyl — and Aroon’s overdose — remain unanswered.

Though Aroon’s incident may be the first official confirmation of illicit synthetic opioids in the Bangkok heroin market, Somchai believes fentanyl has been around for at least a few months, because the stuff he has been injecting over that time period has been so strong.

He also said he’s seen more people overdose in recent months, some of whom have died.

But Somchai’s story is only that, a story — it does not highlight any statistical trend as far as the prevalence of synthetic opioids in Southeast Asia. Drug analysts in the region are often forced to rely on such anecdotal evidence and hearsay, because they lack the proper data points to draw conclusions.

That doesn’t change the fact that the concerns are real, especially as the region is already struggling to cope with the tremendous increase in methamphetamine use and abuse.

“Sadly, governments in the region don’t really care about those on the edge of society like drug users,” said Douglas. “They continue to arrest them, they generally treat them like criminals not medical patients. And that’s fundamentally part of the problem too.”