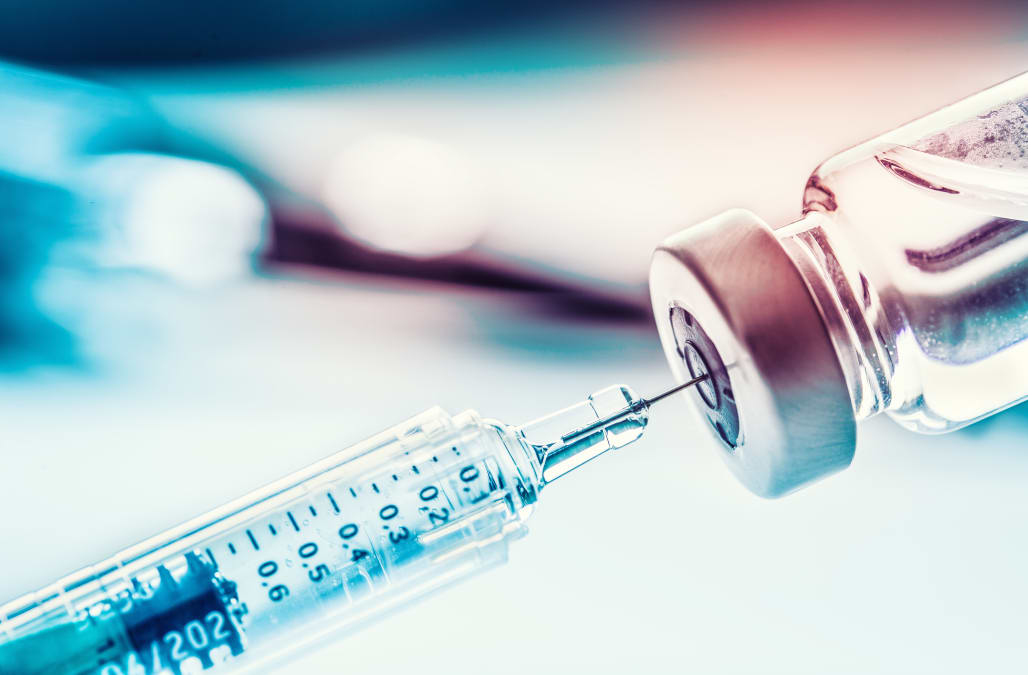 A Florida woman is now cancer free and in recovery after receiving a trial vaccine at the Mayo Clinic earlier this year.

Lee Mercker was shocked when she was diagnosed with DCIS stage zero, a very early-stage form of breast cancer in March. “I was healthy,” she told Fox 35 Orlando. “That’s why I was mad. I was stunned, and everyone around me was more mad and more stunned.”

She went to the Mayo Clinic in Jacksonville to start treatment, where her doctor asked if she’d be interested in trying a new, experimental vaccine that aims to target and kill early-stage breast cancer cells and prevent future cancer cells from developing. She would receive the vaccine shot several times over a 12-week period.

“I signed up in like 10 seconds,” Mercker said, becoming the first test subject for the treatment.

After receiving the vaccine, her tumor shrunk, her immune system started killing off the cancer cells and she underwent a double mastectomy just to be sure, but it worked. Seven months after receiving the upsetting diagnosis, Mercker is healthy again.

“I feel like I walked on the moon,” she said. “I worked in an industry with tons of women and I saw all kinds of stories, and it’d just be really nice to stamp this [breast cancer] out.”

Dr. Keith Knutson, Mercker’s doctor, said the vaccine still has a long way to go, but her results are encouraging. The team will be able to test Mercker’s removed tissue and has since started trying the vaccine on two other patients while they look for more test subjects.

In an interview with Forbes, he noted that the vaccine, as well as two other cancer vaccines researchers at the Mayo Clinic in Jacksonville are working on, are in the very early stages of testing. However, a breast cancer vaccine that’s widely available is not so far away.

“It is reasonable to say that we could have a vaccine within eight years that may be available to patients through their pharmacy or their doctor,” Knutson said.

Knutson said the team is also working on a vaccine to prevent cancer with the National Breast Cancer Coalition and expects to be in phase 1 clinical trials in 2020.

RELATED: Join the fight against breast cancer by shopping products that give back

Products that give back for breast cancer research

In addition to donating $50,000 to BCRF, Rothy’s is spreading the love this October by gifting a select limited edition pink shoes to survivors and supporters with the purchase of eligible shoes.

“At Rothy’s, we’re just as dedicated to sustainability as we are to supporting women. We’re thrilled to be an official partner with the Breast Cancer Research Foundation, which works tirelessly to support lifesaving research. Last year we asked our customers to tell us about women in their life who have been impacted by breast cancer, and we were incredibly moved by the responses we received. We’re looking forward to reading more of those special words this year.” – Rothy’s VP of Marketing, Elie Donahue

20 percent of the proceeds from the sale of this bracelet will be donated to the Breast Cancer Research Group (GEICAM) to support its efforts in studying breast cancer.

In honor of Breast Cancer Awareness Month, Brahmin brought back a favorite pink collection with a portion of proceeds benefitting the National Breast Cancer Foundation during the month of October.

Activewear brand 686 is on a mission to board for breast cancer (literally!) with their Moonlight Jacket and will donate $18 from every jacket sold to BOARDING FOR BREAST CANCER (B4BC) a nonprofit foundation providing breast cancer education, prevention, and survivor support programs for young people.

During the month of October, customers can select any large round or large square pink suede box and pair with any pink flower and the brand will donate 20% of proceeds from to City of Hope, a world leader in the research and treatment of cancer.

“We are donating 100 percent of US proceeds from this Regenerist Whip Pink Ribbon Face Moisturizer + Refill to benefit Bright Pink and their life-saving mission focused on the prevention and early detection of breast and ovarian cancer.”

Meteorologist’s epic clap back to body shamer goes viral: ‘I like pasta, bread and cheese too much’