A 29-year-old woman who was feeling self-conscious about her nose and chin after she noted growth in both areas went through a series of misdiagnoses, including depression, before doctors detected a tumor was fueling the changes. 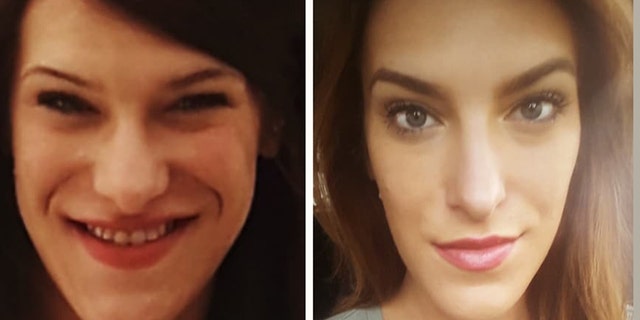 Churan, pictured before her diagnosis and after the tumor was removed, said she was bounced around for years before a doctor gave her a blood test.
(Media Drum World)

Rebecca Churan, of Canada, was dealing with unexplained weight gain, fatigue and growth in her hands and feet that drove her to the point of tears while celebrating her birthday with friends, MediaDrumWorld.com reported. In the following days, she couldn’t stop sleeping, and decided to go for another consultation with a new doctor.

“I have seen more than 10 doctors over the years who would just address my symptoms,” Churan told the news outlet. “I have been misdiagnosed with borderline diabetes, generalized anxiety disorder, depression and PCOS. I told this doctor that my face was changing, and I was getting uglier and that I didn’t understand why I was gaining weight since I was barely eating.” 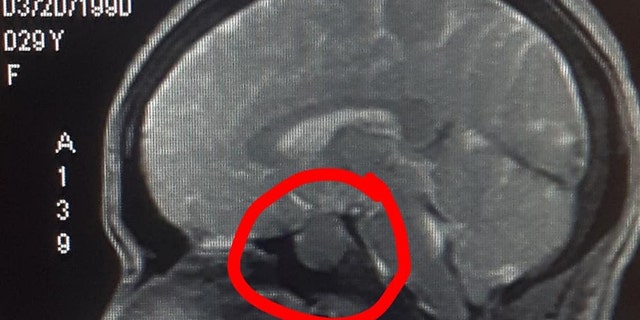 The blood test revealed high levels of a growth hormone, which eventually lead to her diagnosis.
(Media Drum World)

She was given a blood test, with the results revealing a pituitary gland tumor was fueling her symptoms. Most pituitary tumors are benign, and they often affect the levels of hormones in the body, according to the Mayo Clinic. Not every tumor will cause symptoms, with the case depending on the type of hormone being affected. However, for patients diagnosed with a growth hormone-secreting tumor, symptoms may include coarsened facial features, enlarged hands and feet, excess sweating, high blood sugar, heart problems, joint pain, misaligned teeth and increased body hair.

GIRL, 5, RECEIVES 36 STITCHES AFTER DOG ‘RIPPED OFF’ HER FACE

There are several approaches to treating a pituitary tumor including removal, or controlling its growth through medications, according to Mayo Clinic. For Churan, her next step was to search the Internet for cases similar to hers, but she was disappointed in what she found.

“There really is no information other than extreme cases online,” she said, according to MediaDrumWorld.com. “There’s barely any awareness or tools to help people recognize the signs, so many cases are diagnosed as hormonal disorders. I saw the scariest photos of ‘Andre the Giant’ and others who had not been treated early on during the process. I was mortified, scared, and hopeless.” 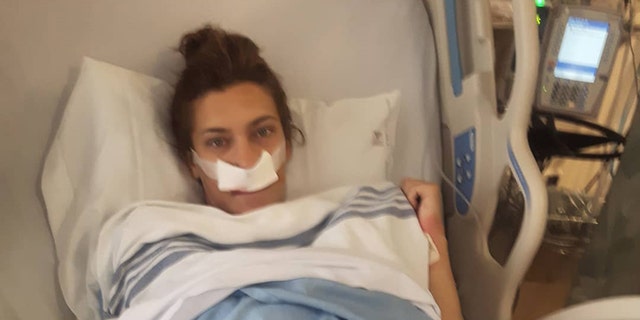 She had the tumor removed through her nose, and said the results were instant.
(Media Drum World)

She sought the help of an endocrinologist in Alberta, who allegedly told her that the tumor needed to come out otherwise it would continue changing her appearance. She said the results were immediate.

“After having the tumor removed, my nose and chin have shrunk, while my feet are down a size and a half,” she told MediaDrumWorld.com.

Churan added that she easily shed weight and is now encouraging others to find their true diagnosis.

“Being rare is a very difficult thing, especially when many doctors don’t know how to treat you,” she told the news outlet. “You must stay positive and find hope in any way you can while fighting. I want people to understand that a simple blood test can often diagnose a pituitary tumor.”