Wake County has alarming number of fentanyl deaths since 2013 – WRAL.com

The register of deeds says the drug fentanyl drives significant changes in overdose deaths. Based on the information compiled from official death certificates, the drug is responsible for the majority of overdose deaths in 2018 in Wake County. 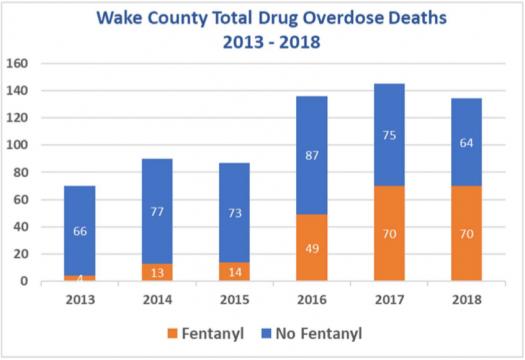 “Here’s a stack of death certificates of people who have died in Wake County in the last several years from drug overdose,” said Wake County Register of Deeds Charles Gilliam. “Don’t let your friends be in this stack.”

The stack of death certificates shown to WRAL by Gilliam contains more than 600 people who’ve died from overdoses over the past six years in Wake County. Gilliam said fentanyl has been a driving factor. 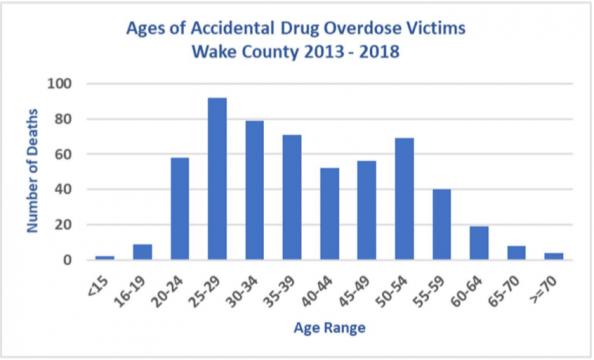 “We started mining this drug data because of the information that we were receiving from law enforcement and medical people about how fentanyl is driving drug overdoses and deaths,” Gilliam said. “That’s why we set out to quantify it.”

From 2013 to 2018 in Wake County, 662 people died from overdose. Fentanyl use spikes in 2016, leading to 49 deaths, up from 14, according to the Register of Deeds Report and Database on Wake County Drug Overdose Death. In 2018, 52% of overdose deaths came from fentanyl.

“Obviously, there is drug use in Raleigh,” said Raleigh resident Morgan Dougherty. “Drug overdose and drug use is a huge issue across the country.” 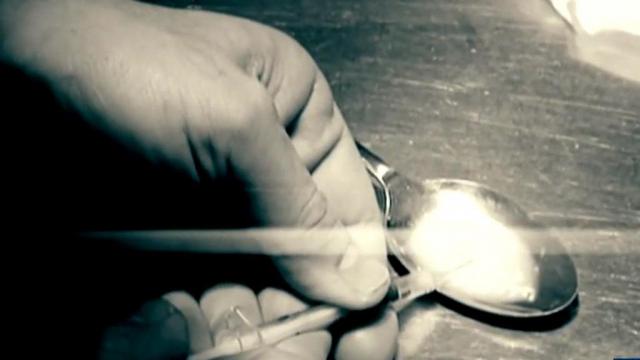 Gilliam said he hopes the report helps someone struggling with drug abuse.

“If you know somebody who is taking drugs, warn them that they need to get help,” Gilliam said. “You don’t want to be in this stack.”