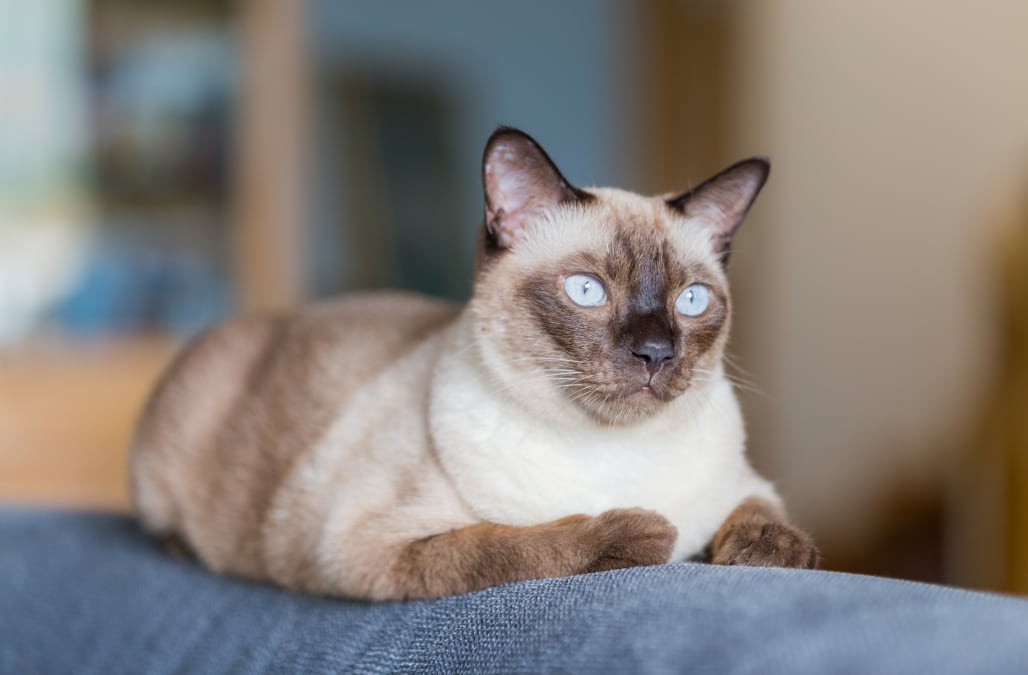 A British woman was left in a coma after she contracted a flesh-eating disease from a cat scratch, the Bristol Post reports.

Last year, Shirley Hair, a 65-year-old grandmother of five from Winterbourne, purportedly felt dizzy after her “savage” Siamese cat Chan scratched her knuckle and left a wound. Though Hair initially thought she had the flu, the wound became infected and turned her knuckle red. The redness later allegedly spread from her hand to her arm.

“The scratch was quite deep, but I didn’t think much of it until I started to get flu-like symptoms and totally lost my appetite,” she told the newspaper. “A doctor came out to see me and prescribed antibiotics, but after a few days, I was feeling worse than ever.”

The grandmother was rushed into a hospital last April, where she was diagnosed with sepsis, septic shock, organ failure, pneumonia and necrotizing fasciitis — the last of which is a rare bacterial infection that causes the death of tissues and can lead to severe pain, dizziness and ulcers, according to the Centers for Disease Control and Prevention.

Hair was then placed into an induced coma, which lasted for five days. During that time, family members took note of her progress in a diary.

“Mum you’ve had a difficult night your heart stopped beating but then restarted — we are all so worried,” her daughter Rosie, a care home manager, reportedly wrote. “We know you are strong but also tired, we are willing your recovery. If love could fix you, you’d be home already.”

“The medics were amazing, but even after the emergency surgery to remove the tissue, I just carried on deteriorating,” the grandmother recalled. “I felt like I was going to die. I couldn’t believe this could all happen from a simple scratch.”

Hair reportedly stayed in an intensive care unit for a month before she showed signs of improvement.

“After coming out of the coma, I was severely paranoid due to the combination of infection and medication,” she said. “I became convinced that I was responsible for the whole thing. My son, James, told me that the cat did it but I didn’t believe him, I thought they were all covering for me. It was so distressing.”

The 65-year-old told the Post that she had gotten Chan in 2016, back when the cat was just a 10-week-old kitten. Over the years, the feline allegedly became “quite savage” and would often attack his owners.

“We’d had Siamese cats before and knew they can be a bit cantankerous but thought with some love and affection he would be the perfect family pet,” she said. “But as Chan got older he only got more aggressive, often leaving us with bites and scratches.”

Following eight operations — one in which she received a skin graft from her leg — and more than two months in the hospital, Hair said she is thankful that her family was by her side throughout the entire process.

“My memory isn’t as good as it was, I can be quite absent minded nowadays and I’m definitely not as sharp as I was before I got ill,” she said. “But I’m here and that’s all that matters.”

How to fight the flu with food